The end of the COVID-19 crisis may be in sight for Canada’s biggest banks, with profit declines slowing and investors looking ahead to an eventual return to growth.

Canada’s six biggest banks are expected to post an average earnings drop of 17 per cent when they report fiscal fourth-quarter results this week, according to analysts’ estimates compiled by Bloomberg. That would be smaller than the 52 per cent decrease in adjusted earnings from continuing operations on a per-share basis in the second quarter, during the early days of the pandemic, and a 19 per cent decline in the third quarter.

While profits are still down from last year, investors no longer fear that the coronavirus recession will result in a sustained financial crisis, and they’re confident the banks set aside enough to absorb the loan defaults that may be coming, said Laura Lau, who helps manage $1.6 billion at Brompton Corp. Investors are instead focused on how banks will revive profit growth and are looking for signs of a lending rebound, she said in an interview.

“The apocalypse is not going to happen,” said Lau, whose Toronto-based firm owns shares of all of Canada’s six largest banks. “People are starting to look forward.” 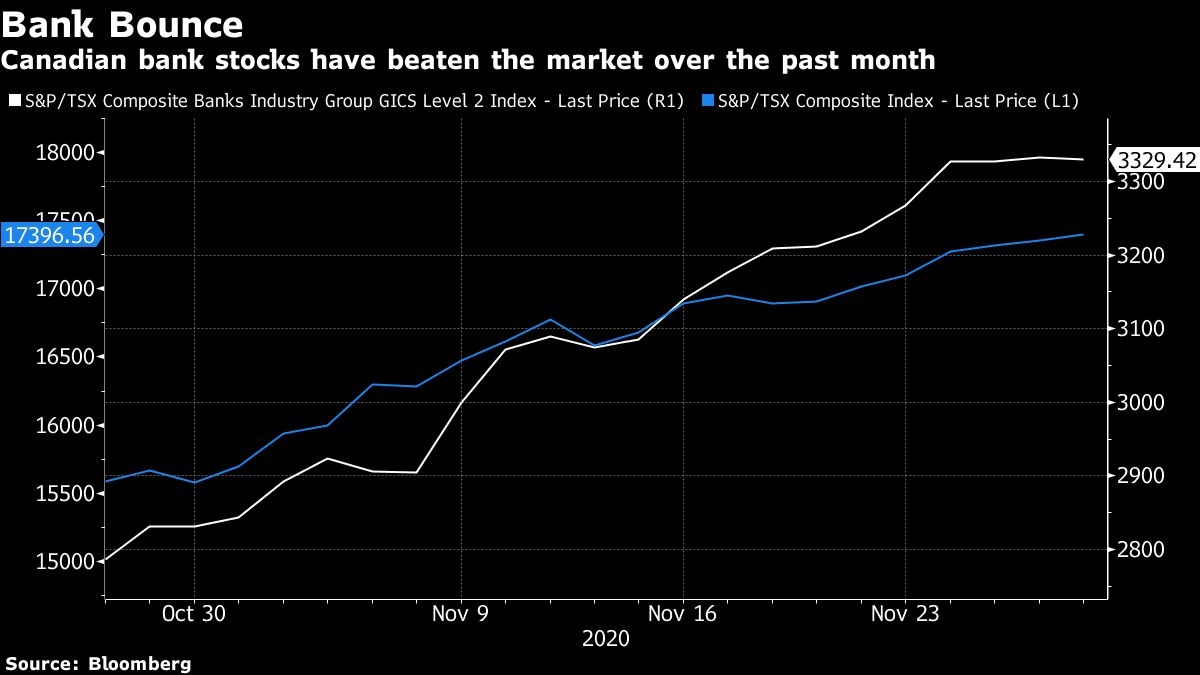 The lenders should take restructuring charges now because the market will want to see a return to more normalized performance soon, she said. They also should emphasize efforts to cut costs, especially plans to trim their branch networks as the pandemic moves more activity online, she said.

Many of the factors that drove bank earnings in the three months through Oct. 31 will look similar to those in the previous quarter, according to analysts. Compressed net interest margins will continue to weigh on lending profitability, while the firms’ capital-markets businesses are likely to top year-earlier results, despite slowing from the third quarter.

Many of the six-month loan-payment deferral programs introduced earlier in the year expired in the past two months, and more than 90 per cent of those loans may be returning to current status, Gabriel Dechaine, an analyst at National Bank of Canada, said in a note to clients. For signs of credit stress, investors should instead look to loans classified as Stage 2, which include those with ratings cuts or which are 30 days or more in arrears, he said.

As concerns about credit recede, the focus will be on stabilization and the potential for growth in more profitable categories like credit cards and commercial loans, according to Dechaine.

“Investors will look for relative outperformance in a down market as a stock selection theme,” he said in a separate note.

Overall, the Big Six may reduce their provisions for credit losses by about 20 per cent from the third quarter, with Toronto-Dominion Bank, Bank of Montreal and Bank of Nova Scotia posting the largest declines, according to Paul Holden, an analyst at Canadian Imperial Bank of Commerce.

Those lower provisions will result in solid capital positions, and advances in the economy and vaccine efforts may prompt regulators to remove capital restrictions sooner rather than later, he said in a note.

“The conversation on capital will soon turn to deployment,” said Holden, adding that banks may look to revive share buybacks, dividend increases and even acquisitions.

The prospect of a return to normalcy, driven by promising vaccine trials, has fueled a rally in Canadian bank stocks in the past month. The S&P/TSX Banks Index has surged almost 20 per cent since Oct. 28, compared with a 12 per cent  gain for the S&P/TSX Composite Index.

Still, it’ll take time for a vaccine to be distributed, and bank investors shouldn’t expect a normal operating environment for several quarters, Mike Rizvanovic, an analyst at Credit Suisse Group AG, said in a note.

“While we expect fiscal 2021 for the Canadian banks to be a much less volatile year than fiscal 2020,” he said, “there is still plenty of uncertainty on the path to a full earnings recovery.” 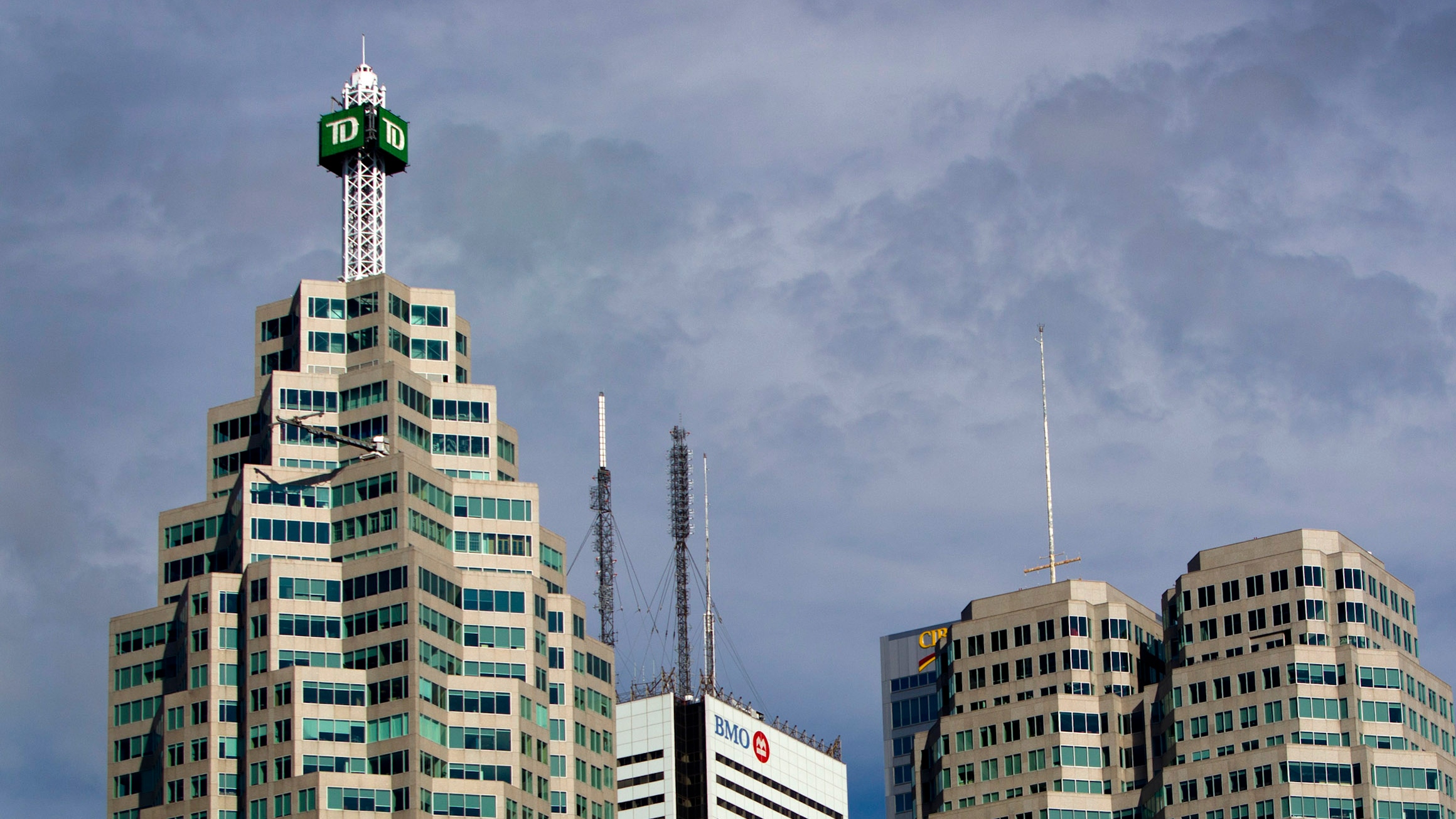 Which of these will you watch most closely in bank earnings season?