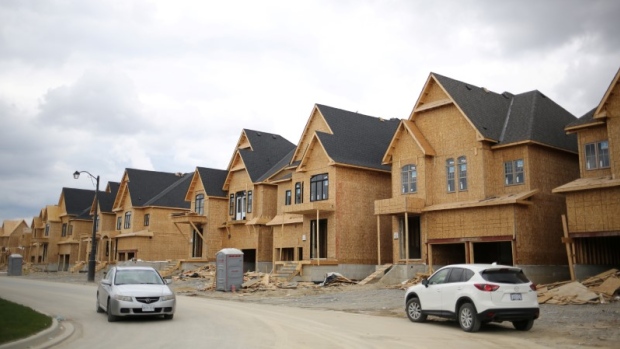 A row of houses under construction are seen at a subdivision near the town of Kleinburg, Ontario, Canada May 13, 2017. , Reuters

The value of Canadian building permits unexpectedly rose in June on increased plans for commercial buildings, though construction intentions for single-family homes decreased, data from Statistics Canada showed on Wednesday.

The 2.5-per cent increase exceeded economists' forecasts for a decline of 2.0 per cent, while May was upwardly revised to show an increase of 10.7 per cent from the initially reported 8.9 per cent.

Non-residential construction plans jumped 8.8 per cent in June, lifted by the commercial building segment amid an increase in intentions for office buildings and student residences in Ontario.

Residential building permits slipped 0.9 per cent as plans for single-family homes slumped, particularly in Ontario. But plans for multi-family homes, which include apartments and condominiums, jumped 12.5 per cent, rising for the third month in a row.

For the second quarter, building permits were up 10.4 per cent compared with the year before, the biggest increase since the third quarter of 2012 as nearly all categories saw an increase in construction plans.