Canada’s recent economic slowdown and global trade tensions are hitting businesses confidence, according to a Bank of Canada survey.

The Ottawa-based central bank’s first-quarter survey of executives -- which took place in February and March -- showed soft expectations for sales along with a sharp decline in the number of companies reporting labor shortages. The Bank of Canada’s composite gauge of sentiment turned negative and dropped to its lowest since 2016.

The weakening picture reflects how the confluence of headwinds -- from global trade wars, to last year’s slump in oil prices and a sluggish housing market -- is beginning to ripple through the nation’s economy. Few signs of any capacity pressures in the report will only reinforce expectations the central bank will keep interest rates on hold indefinitely.

“The main headwinds are a more uncertain outlook in the Western Canadian energy sector, continued weakness in housing- related activity in some regions, and tangible impacts from global trade tensions,” the Bank of Canada said in the report in which it described the deterioration in sentiment as a “softening.”

Bank of Canada Governor Stephen Poloz puts significant weight on the survey, which he considers an important supplement to harder economic data. The survey provides insight into everything from investment intentions to the amount of slack in the economy and inflation expectations, and Monday’s report was almost universally negative. 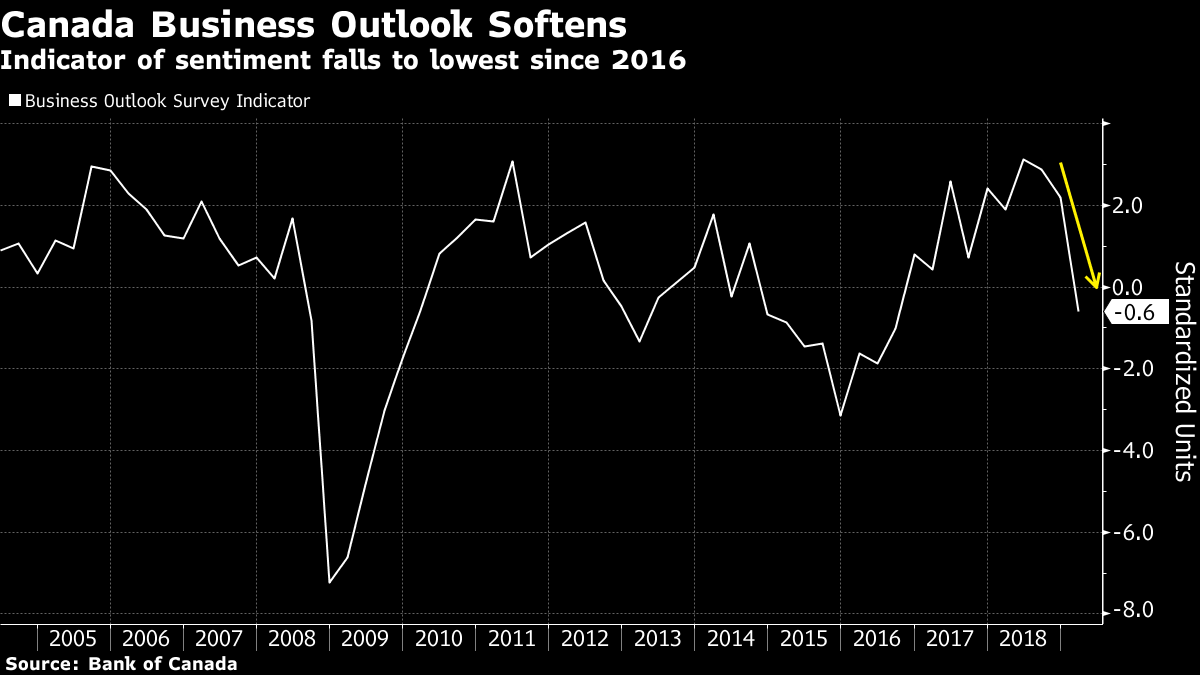 More businesses reported their sales growth decelerated over the past 12 months, while expectations for future sales remained depressed.

The share of companies reporting at least some difficulty in meeting increased demand fell to 31 per cent, the lowest since 2015. Readings on labor shortages also weakened to multi-year lows, while inflation expectations showed a marked softening. About two-thirds of all executives surveyed expect inflation won’t surpass 2 per cent over the next two years. 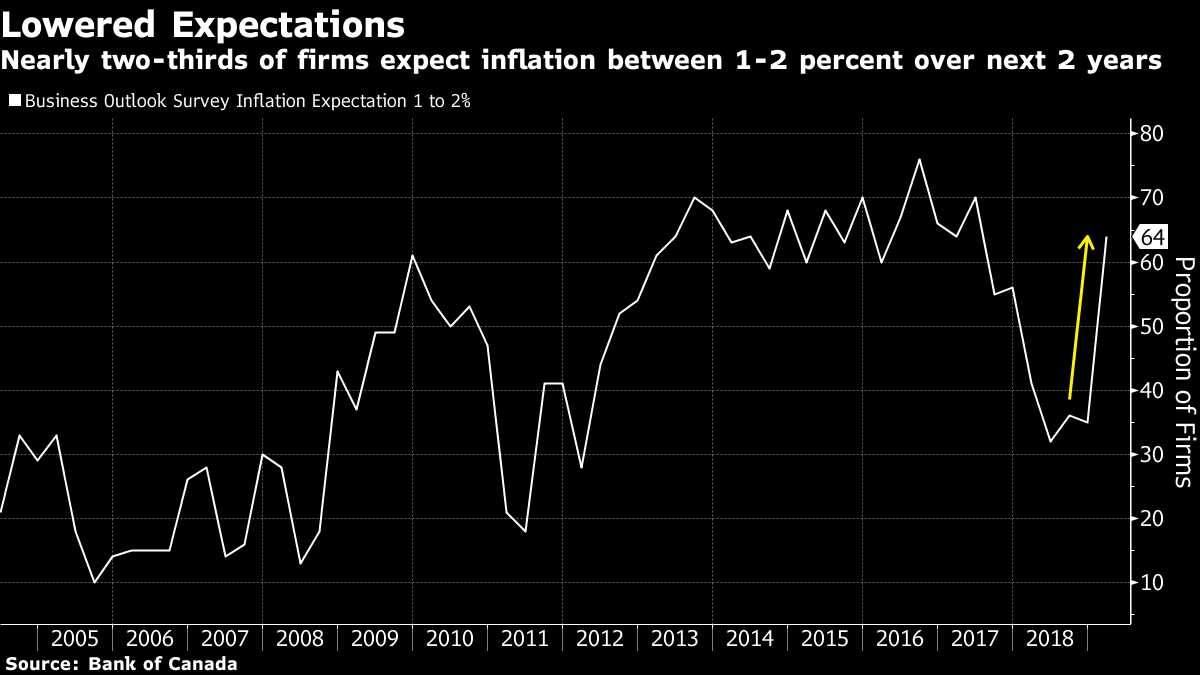 One positive is investment and employment intentions remain robust, even though there was some softening for these questions as well. Among those surveyed, 39 per cent said they expect to increase spending on machinery and equipment, which is about the historical average but down from recent levels. Almost half the executives surveyed said they expect to raise employment levels over the next 12 months.

The survey also found expectations for growth in the U.S. moderating. The share of businesses anticipating slow growth in the U.S over the next 12 months rose to 70 per cent in the survey, from 42 per cent three months earlier.