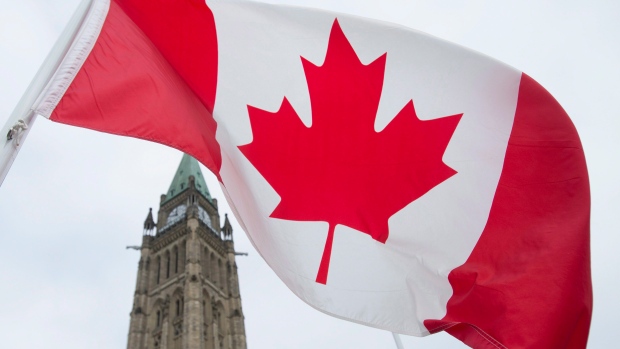 COVID-19 is shattering Europe’s claims to have some of the world’s most liveable cities, according to a new ranking.

Vienna, which topped the Economist Intelligence Unit’s index from 2018 to 2020, tumbled to 12th in the survey as a second wave of the virus racked the continent’s health services. Frankfurt, Hamburg and Dusseldorf suffered the sharpest declines, while the U.S. cities of Honolulu and Houston showed some of the biggest gains. Auckland took the No. 1 spot, rising from sixth as New Zealand’s success in containing the outbreak allowed it to keep restaurants, theaters and schools open.

“The extent to which cities were sheltered by strong border closures, their ability to handle the health crisis and the pace at which they rolled out vaccination campaigns drove significant changes in the rankings,” The EIU said.

Although the new rankings upended some long-held assumptions about the best places to live, the fallout from the global pandemic in some of the world’s key population centers was clear. The average global liveability score fell by seven points from the pre-pandemic level, the EIU said. 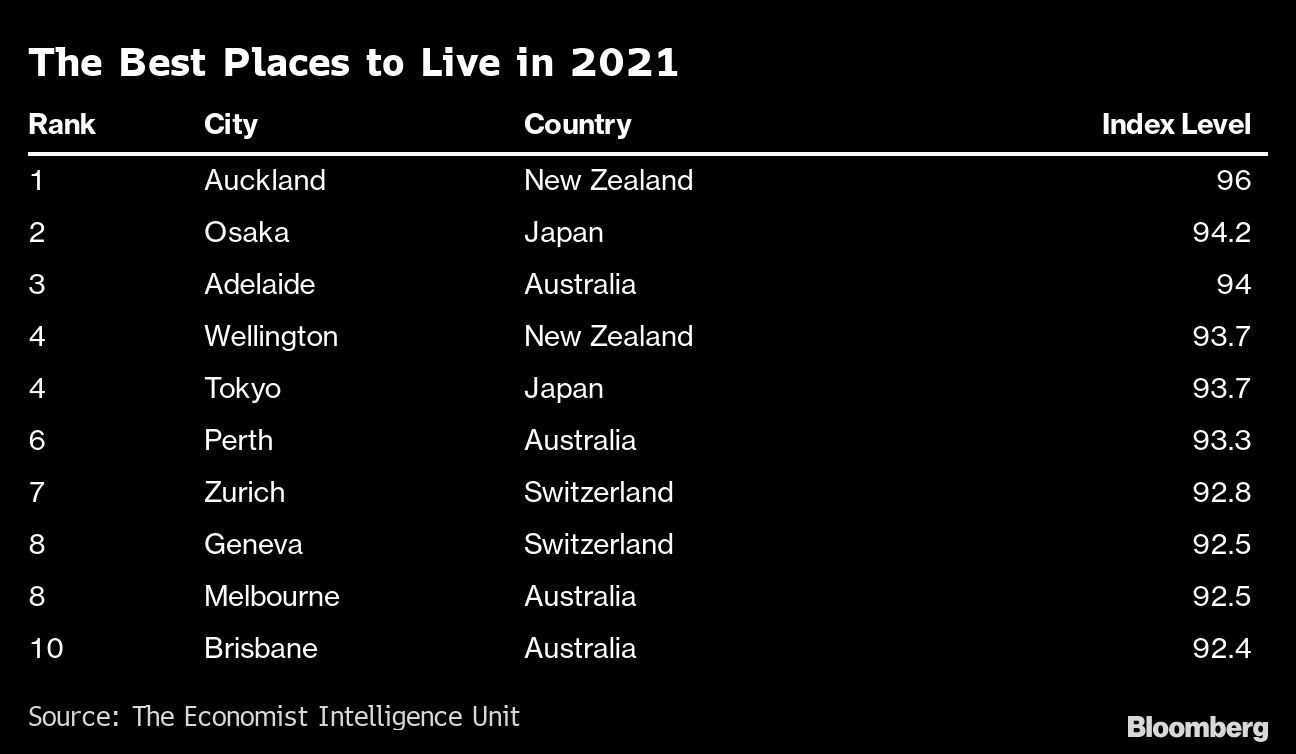 Australia and New Zealand dominated the rankings, with six of the top 10 places occupied by the two countries, where tighter border controls allowed residents to live relatively normal lives, according to the report. Elsewhere, the picture was “grimmer,” particularly in Europe, although Canadian cities also showed sharp falls, led by Montreal, it said.

Osaka and Tokyo ranked second and fourth, respectively, owing to continued high stability scores. Adelaide, which also imposed a ban on international travel, was third. Three other Australian cities —- Perth, Melbourne and Brisbane —- appeared in the top 10. Sydney ranked 11th, cementing Australia as the most liveable country in the world. Zurich and Geneva also held their places in the top 10.

“The healthcare scores in our rankings were affected badly by the pandemic, while stability, education and infrastructure have seen little change in their overall scores,” the EIU said. “Australia and New Zealand are now dominating the top of the education rankings.” 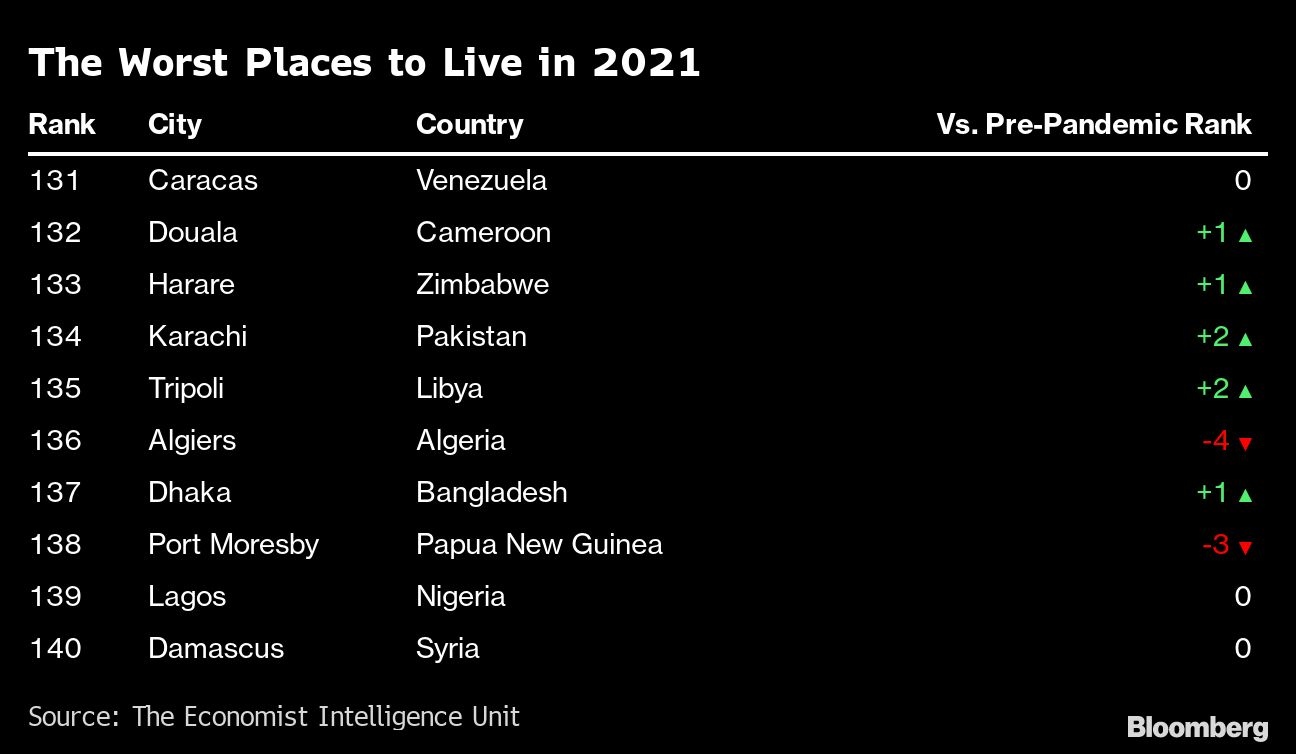 Living conditions remained worst in the Syrian capital, Damascus, the report showed. Lagos, in Nigeria, was second from the bottom.

The survey, which graded 140 cities for stability, healthcare, education, culture and environment, and infrastructure, was conducted in the month through March 21. The impact of COVID-19 was incorporated in the scores, with the introduction of new indicators to assess health-care strains and restriction levels for each city, the EIU said.