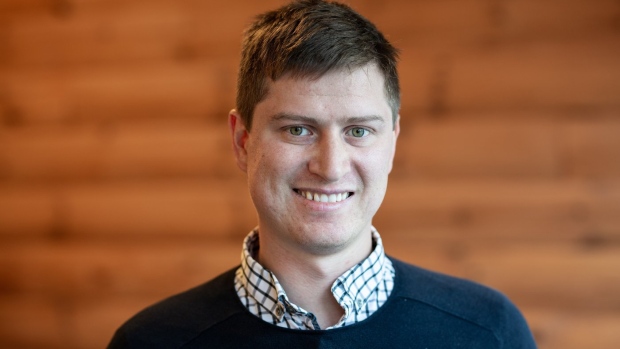 When Russia started waging war against Ukraine last month, Vancouver recruiter VanHack was so anxious to help that it immediately created a directory of Ukrainian tech workers willing and eager to relocate for a job or to work remotely.

The company waived or offered to donate the placement fees for Ukrainian hires to charities and had 226 companies in less than two weeks that were interested in learning how they could bring in Ukrainian tech workers and at least a dozen doing interviews.

"It's been overwhelming," said VanHack founder and chief executive Ilya Brotzky, who was born in Russia and often visited his late grandfather in Ukraine.

"I've honestly never seen anything like it. It's just so much outpouring and support. It's been really encouraging."

VanHack, which helped two Ukrainian workers find jobs in Canada in the days leading up to the Russian invasion, was not the only company with its eye on Ukrainian tech workers.

Scores of other Canadian tech businesses keen to advance humanitarian efforts and grappling with labour shortages have also begun looking at how they could welcome Ukrainians to their workforce.

While their interest in hiring stems from their shock and sadness at the events unfolding overseas, they also say Ukrainian workers are skilled in many areas, like software engineering.

"Before what's happening in Ukraine, we were all big time trying to find strategies and solutions to attract talent from around the world."

The tech shortage was exacerbated by the pandemic pushing people to reconsider their careers. But before the health crisis, Canadian companies were already struggling to retain software engineers, programmers and other developers, who were often enticed to work for international conglomerates with big salaries and household names.

"In the U.S. alone, there are more than one million open positions for software developers. In Canada, we have 1.3 million developers, and we have hundreds and hundreds of thousands of openings," said AlayaCare's senior vice-president of engineering Jean-Francois Gailleur.

His Montreal-based health technology company has started conversions with agencies around how it can potentially add Ukrainian tech workers to its staff. It has already amassed a list of 100 Ukrainians with technological skills.

The timing might seem ideal because AlayaCare is in the process of recruiting 80 engineers, but Gailleur insisted onboarding Ukrainians is not about solving a labour crunch.

"It's more about trying to help those people, if we can help them, and getting them a better life," he said.

He's already well aware of the struggles Ukrainians are facing because AlayaCare works with roughly 16 people at a consultancy business in the country and several have had to relocate as the Russian military moved into their neighbourhoods.

Some made it to nearby Poland or Romania and insisted they want to keep working because it takes their mind off the crisis, Gailleur said.

But Brotzky is hearing that the top concern for many Ukrainians is just trying to escape the violence.

"A lot of them aren't in the mental condition to look for positions," he said.

That could change in the weeks ahead as Russia shows no signs of backing down and more Ukrainians cross into neighbouring countries, offering them tentative safety and the opportunity to start thinking about where they can settle in the long-term.

Canada has offered at least two routes into the country for Ukrainians.

The first is the Canada-Ukraine Authorization for Emergency Travel, offering two-year visas to Ukrainian nationals. The government has no limit on how many people can enter Canada through option and will offer open work permits to successful applicants. The second is a family reunification sponsorship pathway that will lead to permanent residency.

While Brotzky is seeing companies interested in bringing in Ukrainians, many businesses are hesitant about hiring overseas workers, he said.

Some are scared away by the paperwork and the government processes, but others think that foreigners aren't as good as locals, said Brotzky.

"'You don't have any Canadian experience.' We used to hear that a lot," he said.

"It's kind of going away now, which is really nice."