Consumer confidence to hit another 'mini-boom' before a technical correction: Nik Nanos

The Bloomberg Nanos Canadian Confidence Index, a measure of sentiment based on household surveys, climbed to 65.7 last week, the highest reading since polling began in 2008. The gains were driven by optimism over the economic outlook and Canadians feeling better about their personal finances.

The improving sentiment numbers will stoke confidence among economists and policy makers that households will be in a spending mood once Canada emerges from some of its most strict restrictions since the start of the pandemic. The country’s two most populous provinces -- Ontario and Quebec --- announced plans last week to relax restrictions that have stalled the nation’s rebound in recent months. 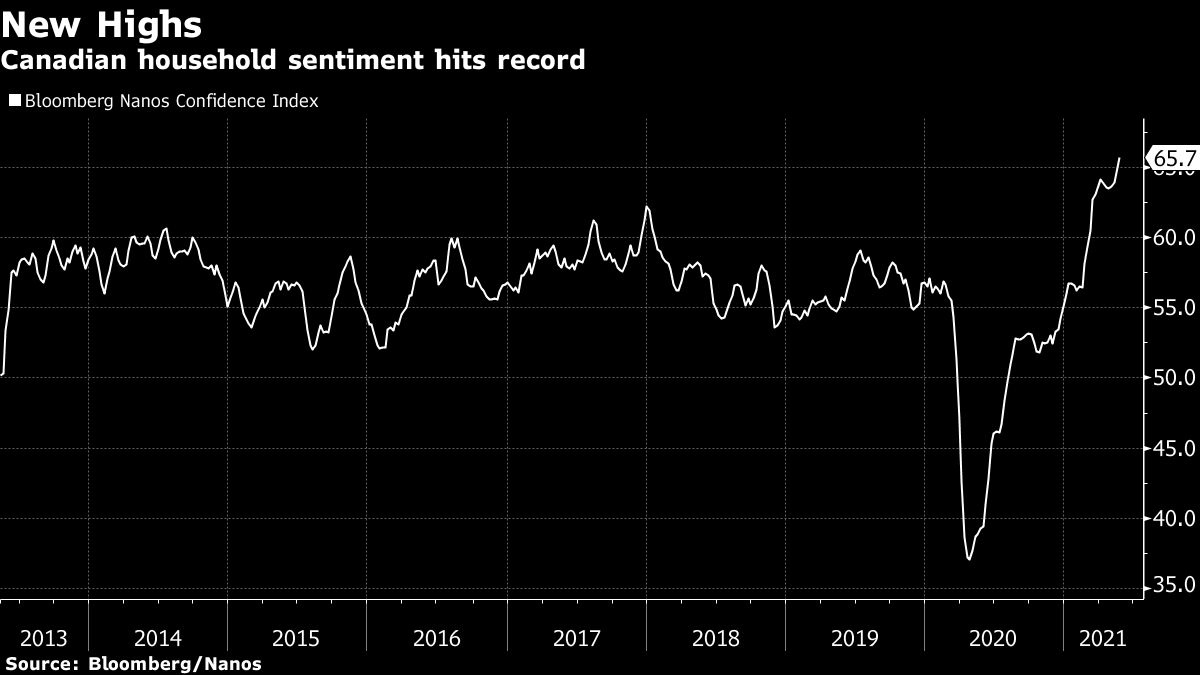 Growth probably will slow to a post-pandemic low of 2.5 per cent annualized in the second quarter, according to a Bloomberg survey of economists released last week. Economists, however, anticipate a strong second half of the year, with growth expected to average 6.6 per cent.

The looser restrictions, combined with falling cases and signs of reopenings in the U.S., are driving up optimism the end of the crisis is near. Increasing sentiment was broad-based with Canadians feeling better about their personal finances, economic outlook and expectations on the housing market.

The share of Canadians who expect the economy to get stronger over next six months rose to 48 per cent last week, the second highest on record. The majority of Canadians expect the already hot housing market to get even hotter, with 62 per cent of respondents saying they expect the value of real estate in their neighborhood to increase.