Inflation is starting to spiral out of control: Norman Levine

Canadian consumer sentiment tumbled to its lowest level in more than a year as Russia’s invasion of Ukraine and surging inflation cloud the economic outlook, weekly polling data suggest.

The Bloomberg Nanos Canadian Confidence Index, a measure of sentiment based on weekly polling, fell to 56.3 last week, the lowest reading since January last year. The gauge is down more than three points since the end of February. 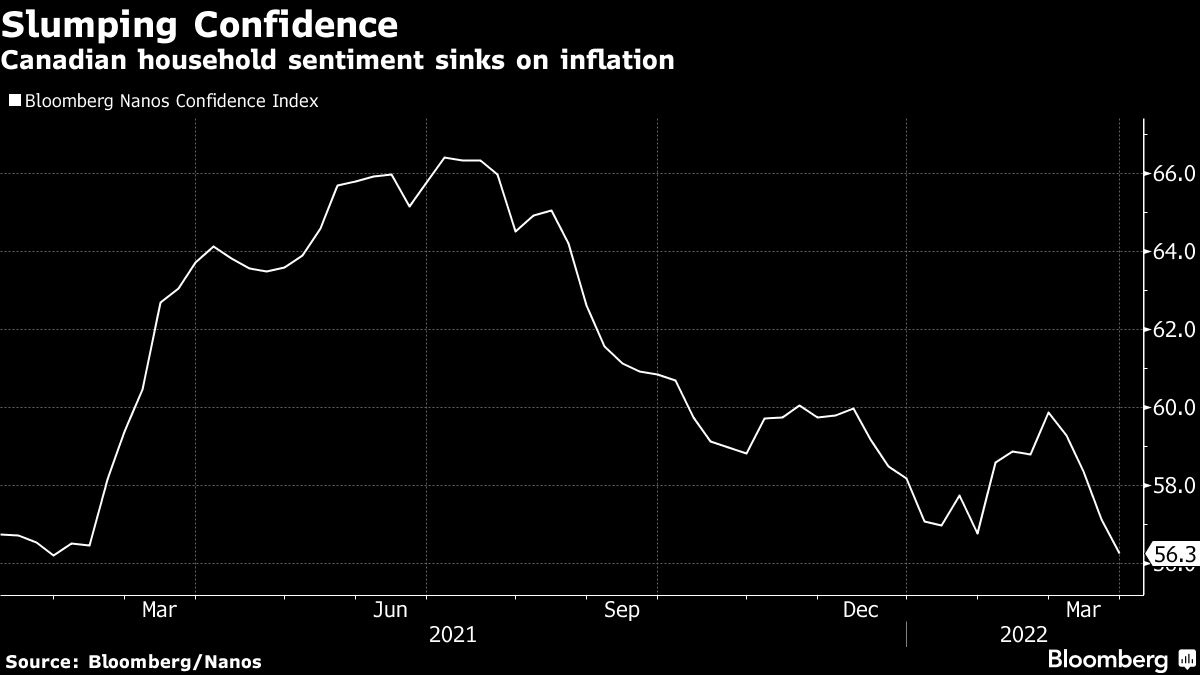 For the first time since 2020, the share of Canadians who believe the economy will weaken over the next six months surpassed 50 per cent.

The numbers suggest the combination of higher inflation, rising interest rates and uncertainty surrounding the war is starting to weigh on consumers, with potentially deleterious impacts on spending and growth.

Up until last month, Canadian household consumer confidence numbers held up relatively well compared with other countries, buoyed by a booming housing market and expanding economy. But the surge in oil prices since Russia’s invasion of Ukraine and the beginning of rate hikes from the Bank of Canada are raising worries.

The survey data show pessimists on the economic outlook outnumber optimists by more than two-to-one, with 51 per cent of respondents expecting the economy to weaken. That’s up 10 percentage points since February.

About 39 per cent of respondents said their finances have worsened over the past year, which is also the highest since 2020, when sentiment figures hit record lows as the COVID pandemic hit.

Sentiment around real estate remains elevated, with 63 per cent of Canadians expecting housing prices to continue marching higher. Job security is also at above historic averages.