Canada reported a third weekly decline in consumer confidence amid concerns about a softening economic outlook.

The Bloomberg Nanos Canadian Confidence Index, a measure of sentiment based on household polling, fell 1 point to 61.6 last week, bringing it to the lowest level since March.  The index is down 3.5 points over the past three weeks, and almost five points since hitting a record high in July. 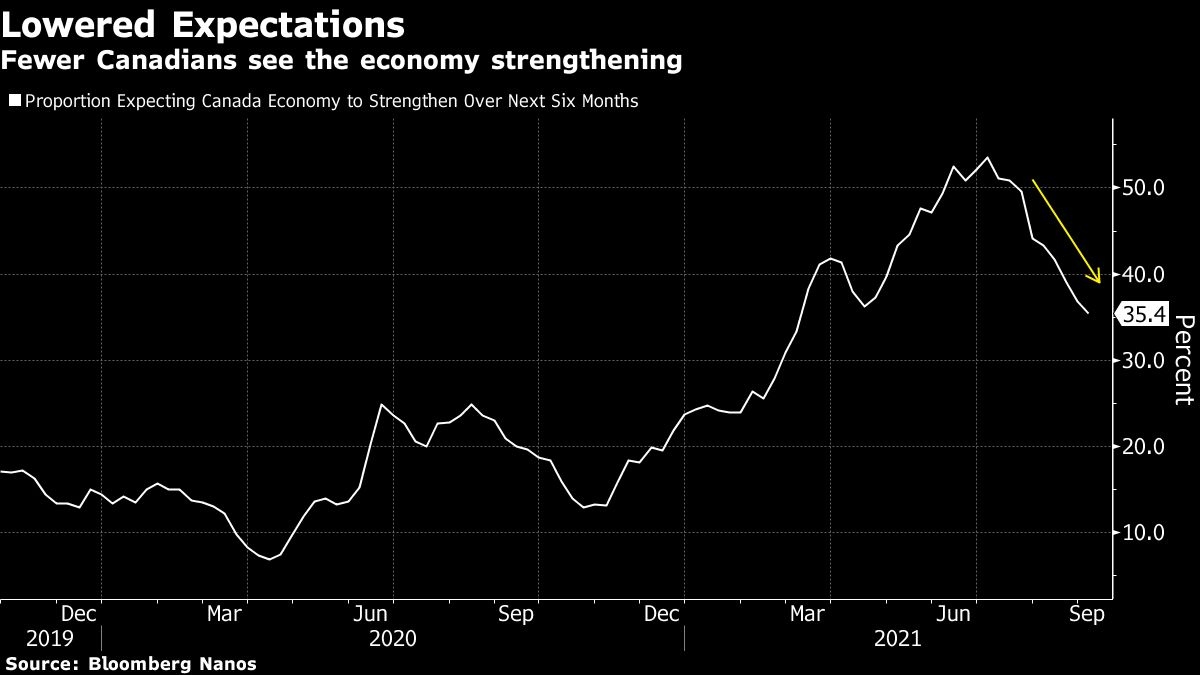 Waning optimism over the strength of the economy is driving the sentiment decline, fueled by growing worries about the highly transmissible delta variant and a fourth wave of the COVID-19 pandemic.  Weakening confidence is also coinciding with a string of poor economic numbers that suggest the nation is repairing damage from the crisis more slowly than analysts had been anticipating.

Every week, Nanos Research surveys 250 Canadians for their views on personal finances, job security and their outlook for the economy. The confidence index represents a rolling four-week average of about 1,000 responses.

The share of Canadians who see the economy strengthening over the next six months fell to 35 per cent last week, down from 54 per cent at the beginning of July. Questions around personal finances and real estate have also shown a declining trend in recent weeks.

The good news  that household sentiment is still at high levels. The confidence index is about 10% above its historical average.