Those summertime trade blues are over for Canada’s consumer.

The change in sentiment highlights just how much the trade friction with the U.S. had been weighing on the Canadian economy, crimping confidence among both households and businesses, and suggests the potential for upside surprises now that uncertainty is receding. The data show the improvement has been most acute in Canadians’ expectations for growth, which had fallen to the lowest in years amid concerns trade talks would falter.

Every week, Nanos Research asks 250 Canadians for their views on personal finances, job security, the outlook for the economy and where real estate prices are headed. Bloomberg publishes four-week rolling averages of the 1,000 telephone responses. A composite indicator -- the Bloomberg Nanos Canadian Confidence Index -- is also calculated from the rolling averages of the four questions.

The overall index averaged 57.01 last month, which was the strongest level since May. The index hit its lowest levels this year in July, when frictions between Canada and U.S. were at their worst. 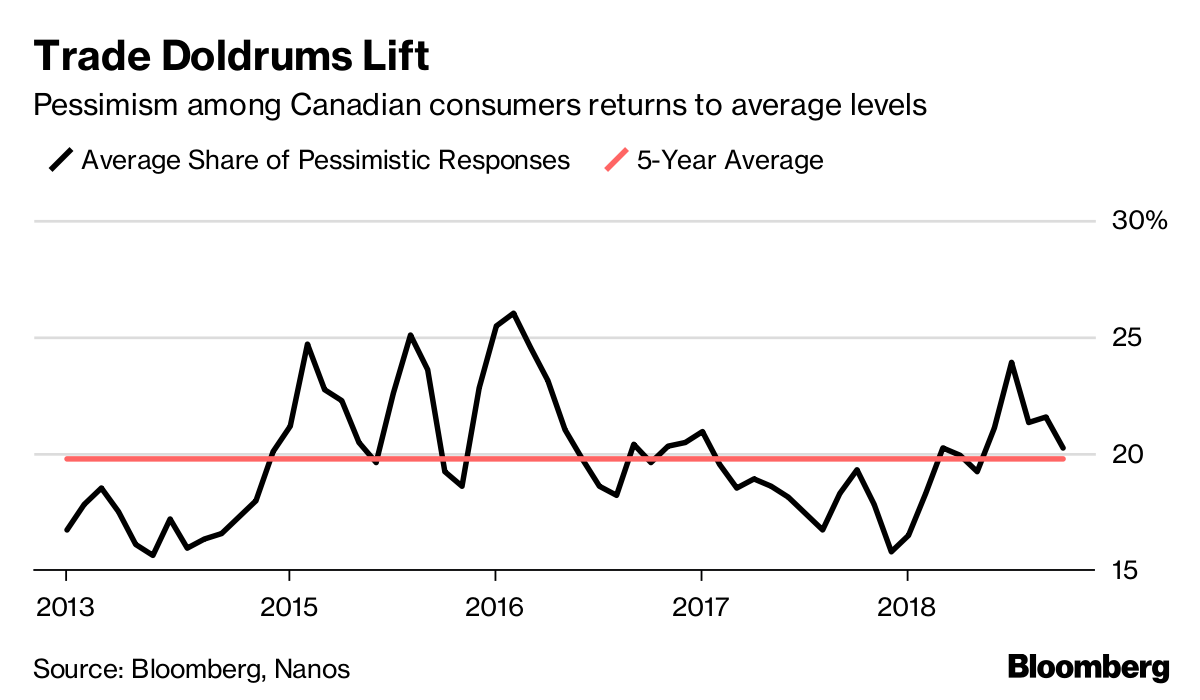 Here are some of the survey highlights from last month’s polling:

The rebound in confidence has essentially brought consumer confidence levels back to average levels over the past four years, but still well below elevated levels recorded at the end of last year. The drop in household sentiment from 2017 is largely consistent with a slowdown in the economy over the past year.