Cenovus CEO: We’ve made great strides turning around the company

Heavy Canadian crude’s discount to the U.S. benchmark blend expanded to the widest this year as Alberta increases output limits and oil-sands producers forge ahead with new projects.

Western Canadian Select traded at US$15.75 less per barrel than West Texas Intermediate on Tuesday, the widest discount since Dec. 31. The differential had been as narrow as US$6.95 a barrel in January.

The discount is widening after Alberta increased the amount it’s allowing drillers to produce, easing an unprecedented curtailment program put in place last year amid a collapse in local crude prices. The limit was set at 3.71 million barrels a day for June, up 150,000 barrels from when the curtailment was enacted.

The widening discount has a silver lining in that it makes Canadian crude more economical to move to refineries by rail, a more expensive transport option that has become increasingly important as Alberta’s pipelines remain overwhelmed.

--With assistance from Robert Tuttle. 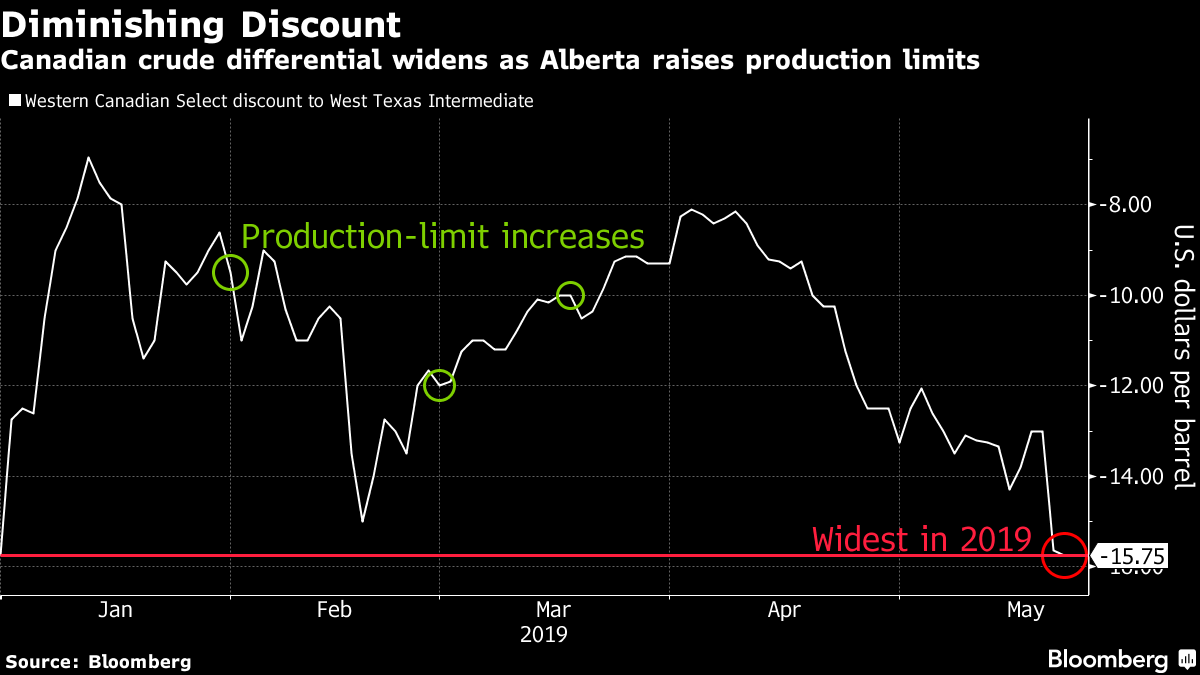