BoC forecast is a remarkable outlook for the Canadian dollar: FX strategist

Canada’s dollar surged the most since June after the country’s central bank said it plans to lower asset purchases by a quarter and indicated it may hike interest rates as early as next year, becoming the first major economy to indicate it will start scaling back emergency stimulus.

The loonie outperformed all of its Group-of-10 currency peers, as the Bank of Canada said in spite of the latest lockdowns, it expects the economy to fully heal faster than expected. The announcement sparked a move higher in Canadian yields with the two-year tenor exceeding its U.S. counterpart by about 16 basis points, the most since mid-March.

About $3 billion in currency futures traded within a 30-minute period after the announcement, the most in over six months. 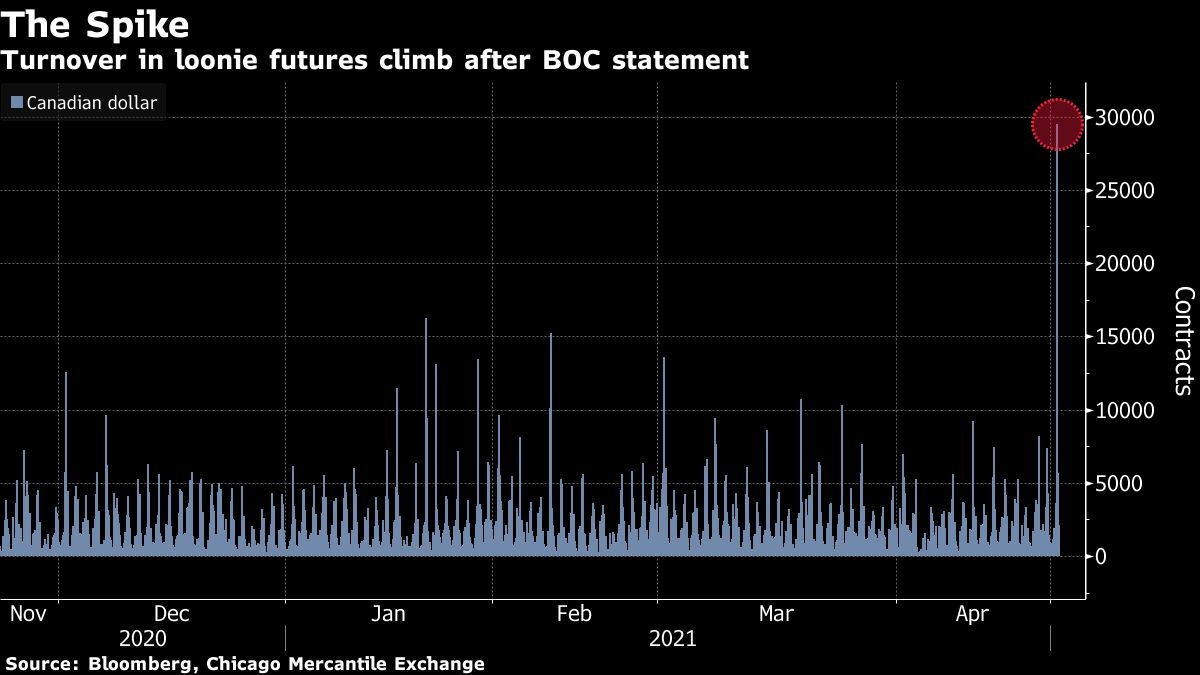 The loonie is extending its advance following two straight weeks of gains fueled by traders bidding up the currency on bets the central bank would begin tapering. That’s in contrast to other major counterparts including the Federal Reserve that are not expected to tighten anytime soon.

Canada’s Governor Tiff Macklem reiterated that the economy has been more resilient than expected, but noted that there are still parts that need improvement and will be targeting a more even recovery. The bank also revised higher its growth estimate for 2021 by more than two percentage points, to 6.5 per cent, and brought forward its forecasts for when slack would be absorbed.

For Greg Anderson, strategist at Bank of Montreal, the loonie is likely to remain supported and may strengthen to 1.2470, with an eye toward 1.2450 as the central bank did not push back on its strength in the policy statement. The loonie rose 0.9 per cent to 1.2495 per dollar at 3:47 p.m. in New York. 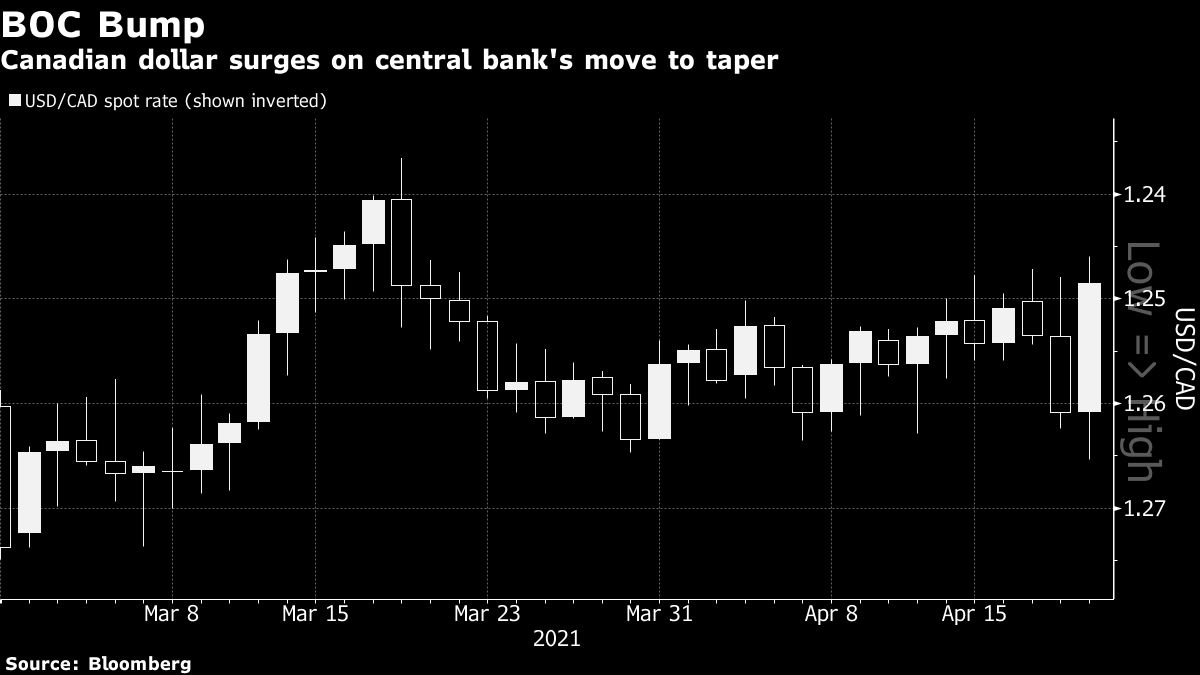 “I thought the bank might try to complain about or argue against CAD strength -- it didn’t,” Anderson said. “The bank merely made the factual statement that CAD had rallied alongside commodity prices. Based on that, I’m slightly less worried about the BOC trying to push back against CAD strength in the future.”

--With assistance from Robert Fullem.