Canada’s economy recorded a stronger-than-expected rebound in the second quarter as exports recovered, but surprisingly weak consumption and business investment will cast doubts on the expansion’s sustainability.

Output grew at an annualized pace of 3.7 per cent in the three months through June, Statistics Canada said Friday in Ottawa, up from a paltry 0.5 per cent increase in the first quarter. The rebound follows two straight quarters of hardly any growth. The period also ended better than expected, with a monthly expansion of 0.2 per cent in June.

The underlying details, however, were less impressive. The rebound was driven by the fastest quarterly increase in exports since 2014, but growth in household consumption came to a near halt despite strong gains in incomes, and business investment shrank by the most in more than two years. As a result, domestic demand contracted in the second quarter.

That could be a signal of growing unease among households and businesses about global economic conditions, fueled by concerns over the U.S.-China trade war and potentially foreshadowing a sharper slowdown in the second half of the year. Policy makers at the Bank of Canada may look through some of the strength in the report.

David George-Cosh digs into the cannabis data that was in the latest GDP report.

“This was a ‘less than meets the eye’ report,” Brian DePratto, senior economist at Toronto-Dominion Bank, said in a note to investors. “Not only were today’s details weak, but since the second quarter ended we’ve seen yet another escalation in the trade wars and associated uncertainty.”

Possibly reflecting concerns about the outlook, businesses met some of the pickup in foreign demand by drawing down inventories, rather than boosting production. The strong gain in exports, meanwhile, is seen as only temporary, reflecting a ramping up of shipments after a sluggish winter. Exports had slumped sharply earlier this year because of curtailments on oil production and other temporary issues, prompting many businesses to stockpile.

DePratto said he expects the Bank of Canada to join the global trend toward easing monetary policy in October, an increasingly likely scenario according to swaps trading. A second cut is being priced in by investors sometime next year. The next rate decision is Sept. 4, when policy makers aren’t expected to move but will likely strike a more dovish tone. Friday’s GDP numbers beat the bank’s 2.3 per cent forecast, and economists had predicted a 3 per cent increase. 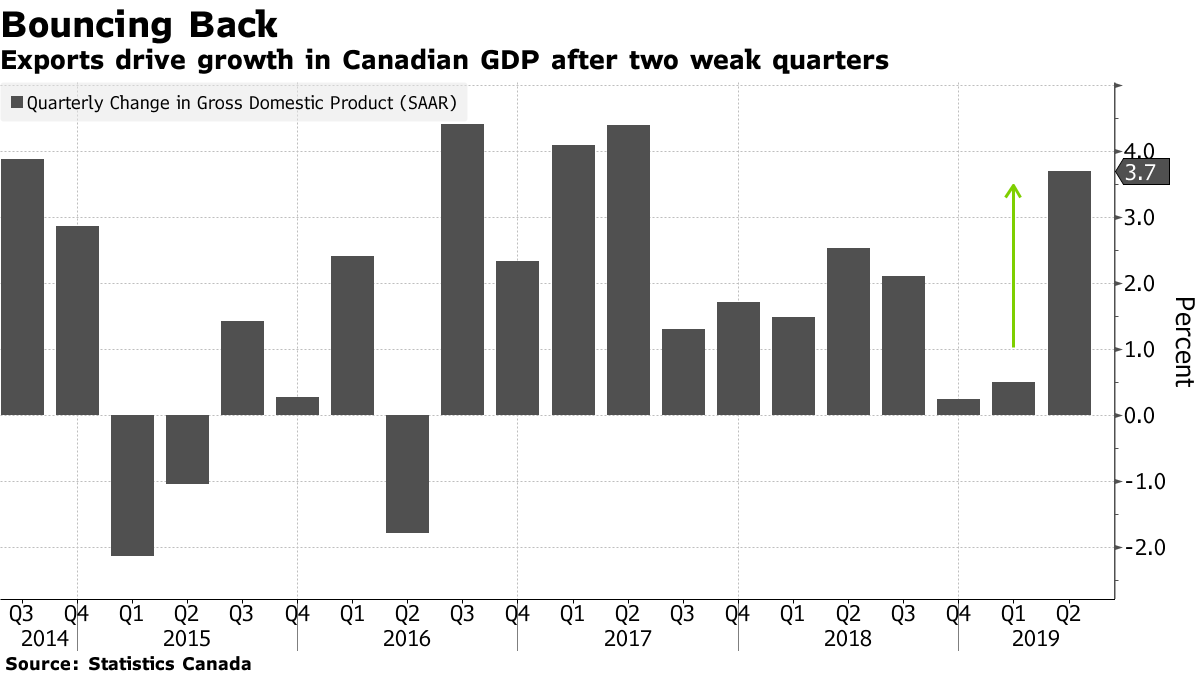 Despite the worrying details, the Canadian economic expansion in the second quarter was still impressive -- growing the most in two years at easily the fastest pace in the Group of Seven. The U.S. economy expanded by an annualized 2 per cent over the same period.

Shipments by Canadian exporters rose at a 13 per cent pace, contributing more than 4 percentage points to growth. A drop in imports also added to the expansion, as more of the nation’s demand was used to buy domestically produced goods and services.

It’s the sort of data that make the case for cheaper money less compelling in Canada than it is elsewhere. Even two cuts over the next 12 months will still leave the country with the highest policy rate among advanced economies.

“The solid increase in the headline numbers leaves our call intact for the Bank of Canada to remain patient on cutting rates for the next few month,” said Royce Mendes, an economist at Canadian Imperial Bank of Commerce, which expects a cut in January. 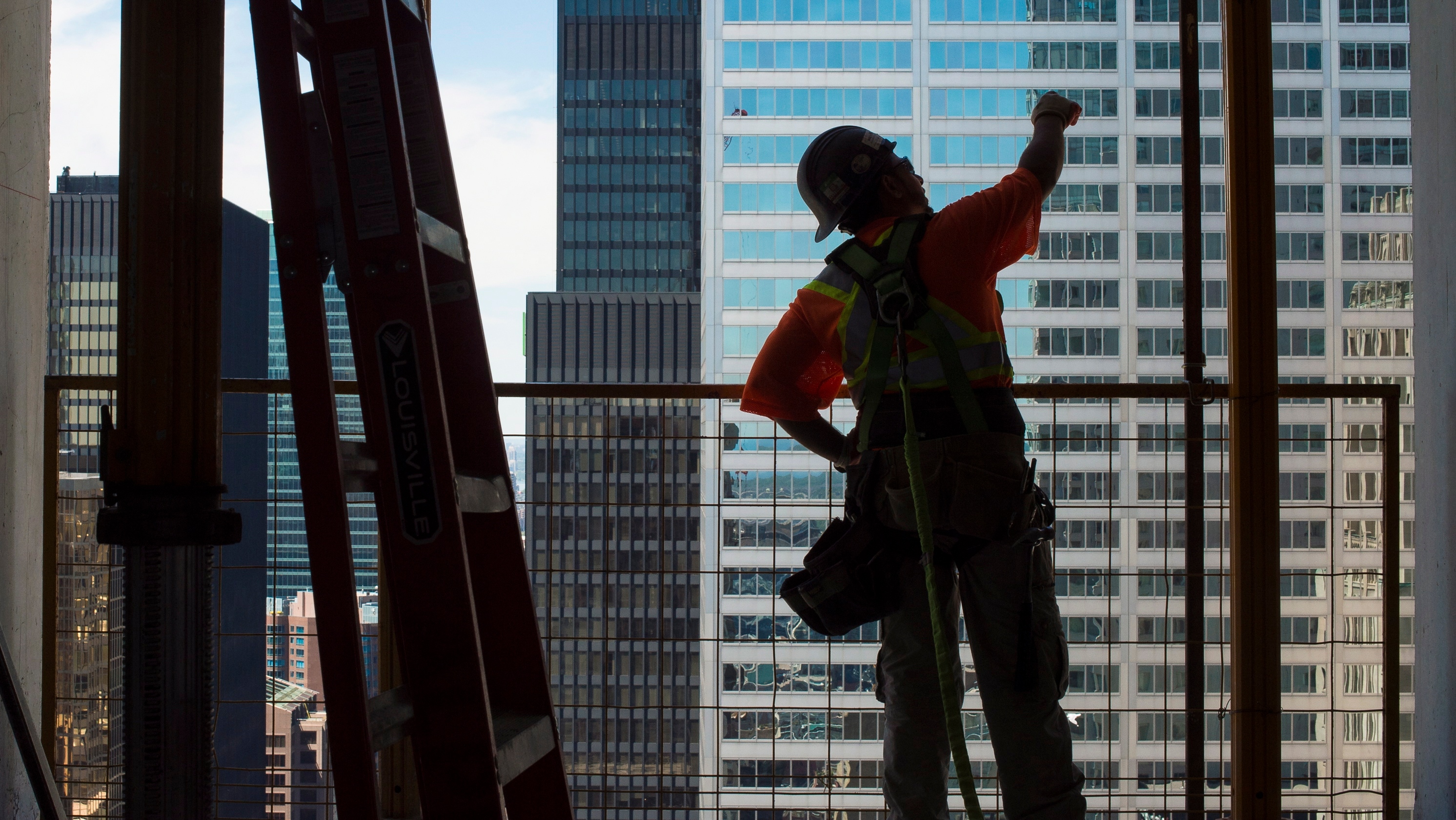 Do you think Canada’s economy is as strong as the second-quarter 3.7% headline suggests?