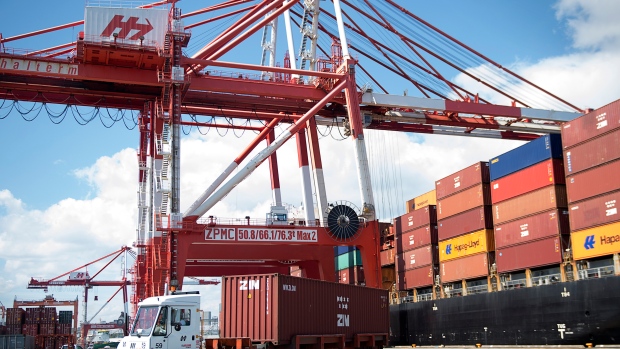 With increasing geopolitical risk, Canada’s exporters have a tough road ahead as they look to take advantage of new global business opportunities.

“This is a story of risk, opportunity, and what-ifs,” said Peter Hall, EDC’s senior vice president and chief economist, in a release Tuesday. “Even as the architecture of international commerce is being questioned in the political space, we are convinced that the business end of world economy will continue to gain steam in the short term.”

Rising commodity prices should bolster Canada’s export performance by 6 per cent, EDC anticipates, as well as boosting international sales by 5 per cent in 2018. The Fort McMurray wildfires exacerbated the already bruised Canadian energy sector’s situation, which makes this predicted rebound all the more dramatic.

EDC also expects distinct upticks in machinery and equipment, forestry and aerospace and the services sector. Ores and metals are expected to jump 11 per cent due to rising prices. However, along with chemicals and plastics, said sector could suffer in the long-term because of capacity constraints.

EDC predicts global growth in 2017 will align with the past five years at 3.5 per cent, but that 2018 will see a boost to 3.8 per cent. Protectionist narratives from The E.U. and U.S., however, are endangering that potential, according to EDC.

“Remember, a wrecking ball doesn’t only swing one way – it swings back,” Hall added. “The message that EDC has for Canadian companies is to stay in the game and win the contracts that others have been frightened away from.”

Where there is heavy risk, there can be great reward, the EDC wants to remind Canada’s exporters.

“Tightening in the key U.S. and EU markets translates into increased activity on the export front in the emerging world,” Hall said. “We’re seeing that businesses are seeking out opportunities and yield beyond the U.S. and Europe, which is probably the best news that emerging markets have had in years.”

“Back in 2000 [emerging markets] made up about  5 per cent of our overall trade,” Hall told BNN in an interview Tuesday. Since then he says it has grown to be “about 15 per cent of overall merchandising trade.”

“That is a tremendous change in a very short period of time. That indicates that there is a new Canadian ethic with respect to dealing with the rest of the world.”