Canada’s economy unexpectedly expanded in November as cold weather drove a sharp increase in power usage, though the pick up won’t be enough to salvage what is likely to be a weak end to the year.

Gross domestic output rose 0.1 per cent in November, beating economist estimates for a flat reading, Statistics Canada reported Friday. That follows a 0.1 per cent contraction in the prior month.

Still, the economy remains on track for a very weak fourth quarter with economists predicting hardly any growth over the period. The slowdown is expected to eventually force the Bank of Canada into an interest rate cut, though Friday’s GDP number may take some pressure off the central bank for a more immediate move. 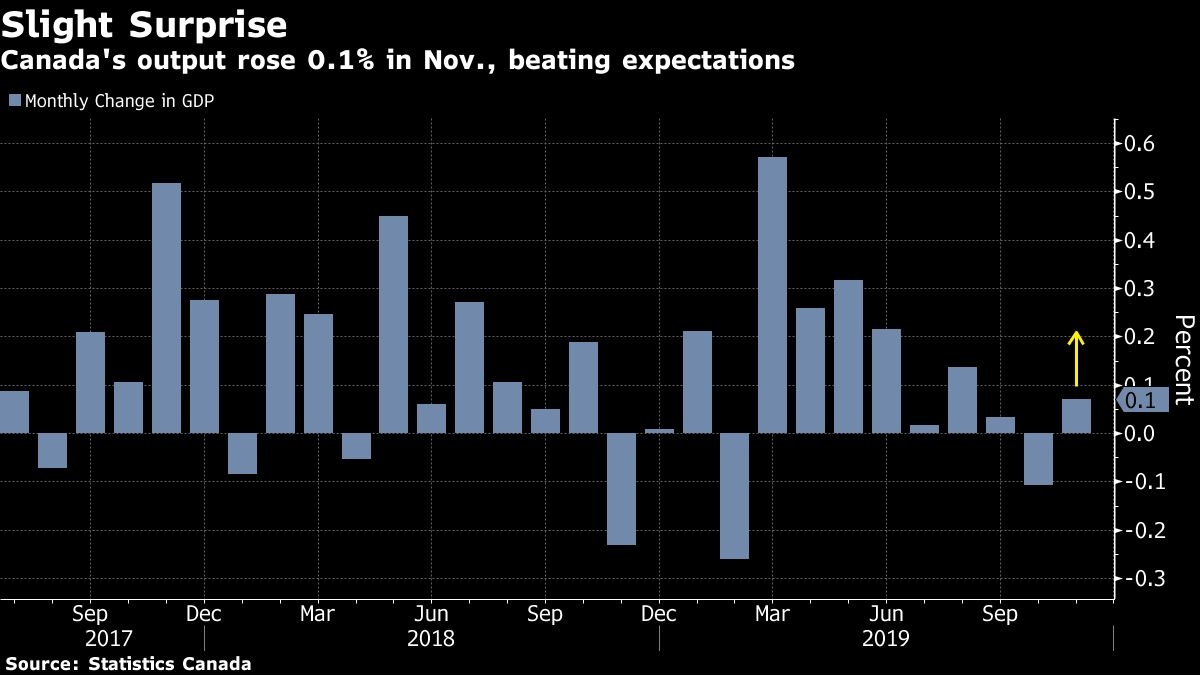 Utilities rose 2.1 per cent, the largest upward contributor to monthly GDP, as a result of unseasonably cold weather in Central Canada. The construction sector also stood out in the report, up 0.5 per cent on the month, with growth in all subsectors including residential and commercial.

“The above-consensus reading was surprising given the temporary factors which were expected to restrain growth,” Royce Mendes, an economist at Canadian Imperial Bank of Commerce in Toronto, wrote in a note to clients. The result “should limit the downside risk to the Bank of Canada’s Q4 forecast,” he said.

The Bank of Canada estimates annualized growth of just 0.3 per cent in the fourth quarter.

Canada’s currency pared declines after the report, and was trading 0.2 per cent lower at US$1.3234 against its U.S. counterpart at 8:42 a.m. Toronto time.