Canadian home prices continued their slide for an eighth month as buyers and sellers adjusted to an environment of higher interest rates.

The benchmark price for a home fell 1.2 per cent  to $756,200 (US$569,910) in October, the smallest monthly decline since May, according to data released Tuesday by the Canadian Real Estate Association.

That brings the total decline to 10 per cent  since the February peak, on a seasonally-adjusted basis, with prices now flat compared with last year. 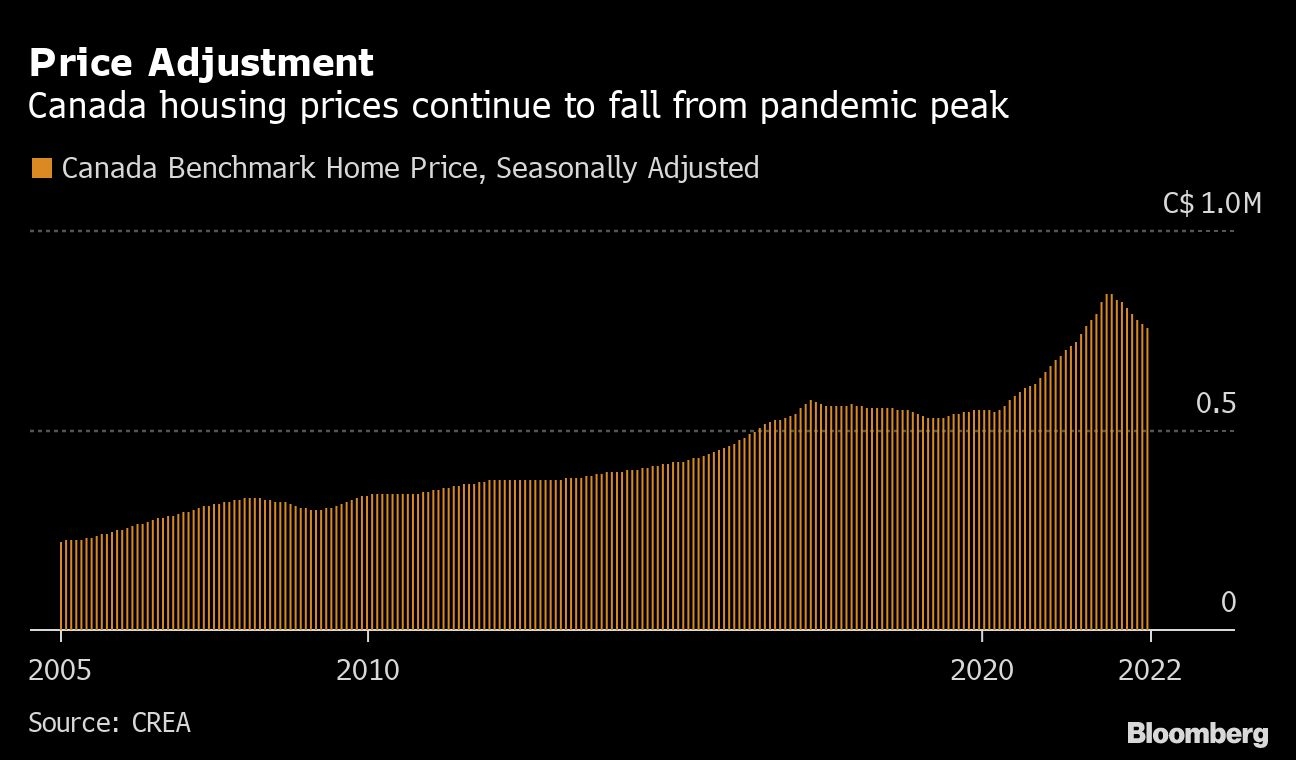 “October provided another month’s worth of data suggesting the slowdown in Canadian housing markets is winding up,” Shaun Cathcart, CREA’s senior economist, said in a press release. He pointed to October’s 1.3 per cent  rise in the number of sales, the first monthly gain in transactions Canada’s seen since February, as evidence the market is rebounding.

Canada’s housing market weakness has been driven by higher interest rates. The jump in borrowing costs, after years of soaring home prices, has forced many buyers out of the market and caused home values to adjust.

But economists and investors are beginning to bet that the Bank of Canada is nearing the end of its rate-hiking campaign. Last month, the central bank increased its overnight rate by 50 basis points instead of the 75 basis points many were expecting.

That may be prompting more people who delayed selling their homes to finally come to market, contributing to the rise in sales. The number of newly listed properties edged up 2.2 per cent  in October compared with the month before, outpacing the sales gain, and contributing to the continued pressure on prices.

That pushed the total amount of inventory available in the market in October to 3.8 months of housing stock, still below long term averages but well above the record lows set earlier this year, the data show.

“There’s not much here to suggest the market is turning around,” said Robert Kavcic, an economist with the Bank of Montreal, who disagreed with the real estate board’s interpretation of the data and projected further weakness instead.

“You probably have this slow grind down in prices until we find a level that is consistent with where interest rates are, and that’s probably a good 20 per cent  off the peak for Canada,” Kavcic said.