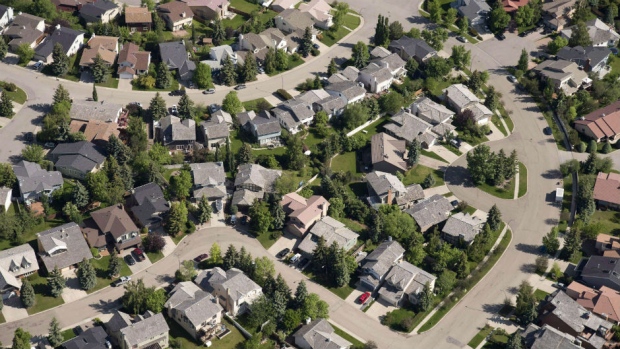 OTTAWA - Canadian home prices climbed in July, driven by gains in some of the country's hottest markets, including Toronto and Vancouver, a home price index showed on Friday.

Prices rose 2.0 per cent last month from June, according to the Teranet-National Bank Composite House Price Index, and were up 10.9 per cent from a year earlier. The index measures price changes for repeat sales of single-family homes.

It was the second-largest July increase the index has seen since it began in 1999, the report said.

Prices rose in seven of 11 cities.

In Vancouver, which has seen eighteen months without a decline, prices were up 2.3 per cent. The city implemented a tax on foreign home buyers earlier this month in an attempt to improve affordability for residents.

Prices were up 3.1 per cent in Toronto, the fourteenth increase in the last 15 months.

Prices were flat in Edmonton and down 0.1 per cent in Calgary, with both cities hurt by the slump in oil prices.

“We might be close to peak crazy in the housing market. The drop off in home sales over the past couple of months suggests that the pace of house price appreciation will begin to moderate later this year,” Paul Ashworth, chief North America economist with Capital Economics, wrote in a report.

The Canadian Real Estate Association said last month that the pace of home sales in Canada slowed in June as transactions in the country's hottest markets slipped, despite remaining up 5.2 per cent compared with a year ago. Sales through its multiple listing service fell 0.9 per cent from May to June, as about half of the markets it tracks -- including Greater Vancouver, the Fraser Valley in B.C. and Greater Toronto -- softened.

Some observers also say that Vancouver's housing market may have peaked, based on July's 19 per cent drop in home sales activity on a year-over-year basis amid the implementation of the new foreign buyers' tax.

Canada's housing market has been robust in the years since the global financial crisis, spurred in part by low borrowing costs. But it has become more fragmented, with oil-sensitive regions slowing and Toronto and Vancouver continuing to rise.

The rapid price gain in the two major cities has caused concern the markets there are becoming overheated and the Bank of Canada has warned about possible speculation.