Home prices in Vancouver fell 1.9 per cent in November from a month earlier, the most in a decade, extending a recent run of declines for Canada’s most expensive real estate market.

The figures suggest momentum earlier this year may have been just a blip, as consumers adjust to tougher federal mortgage qualification rules. After rebounding to a record in May, prices nationwide have dropped for six straight months, the Canadian Real Estate Association reported Monday, and are hovering at levels little changed from mid-2017, when interest rates started to rise.

“The decline in home ownership affordability caused by this year’s new mortgage stress-test remains very much in evidence,” said Gregory Klump, CREA’s Chief Economist. “While national home sales were anticipated to recover in the wake of a large drop in activity earlier this year due to the introduction of the stress-test, the rebound appears to have run its course.”

From a year earlier, prices fell 1.4 per cent to $1.04 million, CREA reported. That was the first year-over-year decline in five years, and it slowed the nationwide price increase to 2 per cent. Toronto benchmark prices advanced 2.7 per cent.

Nationwide, home resales declined 2.3 per cent in November from the previous month, the most since April, and are down 13 per cent from a year earlier.

The realtor group also now forecasts sales to fall 0.5 per cent next year. That compares with a September prediction that sales would increase by 2.1 per cent. 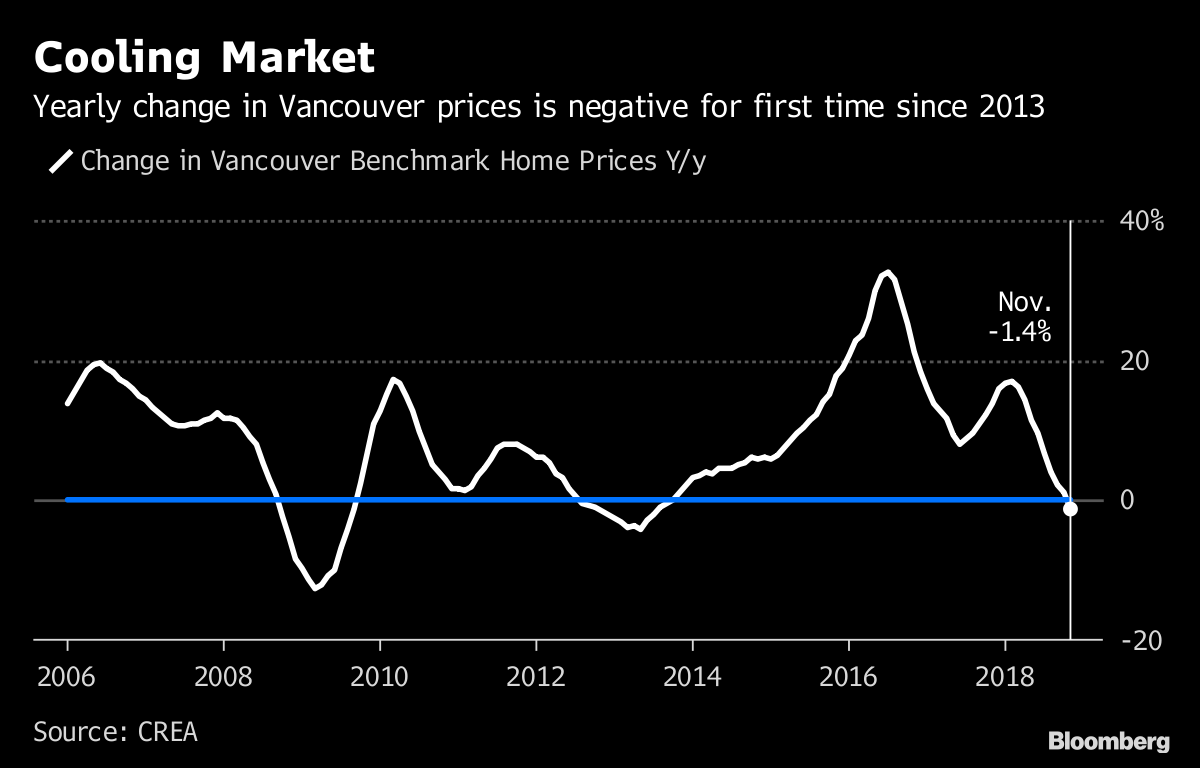