Canadian home sales fell again as the market shifts into a lower gear from the record pace set at the beginning of the year, but sellers still hold the upper hand in much of the country.

The number of homes that changed hands dropped 8.4 per cent in June from the month before, the third consecutive decline after hitting an all-time record in March, according to data released Thursday from the Canadian Real Estate Association. Still, benchmark prices managed to rise 0.9 per cent as activity remained elevated by historical standards.

Even with the slowdown, last month saw the highest number of sales ever for the month of June, the data show. 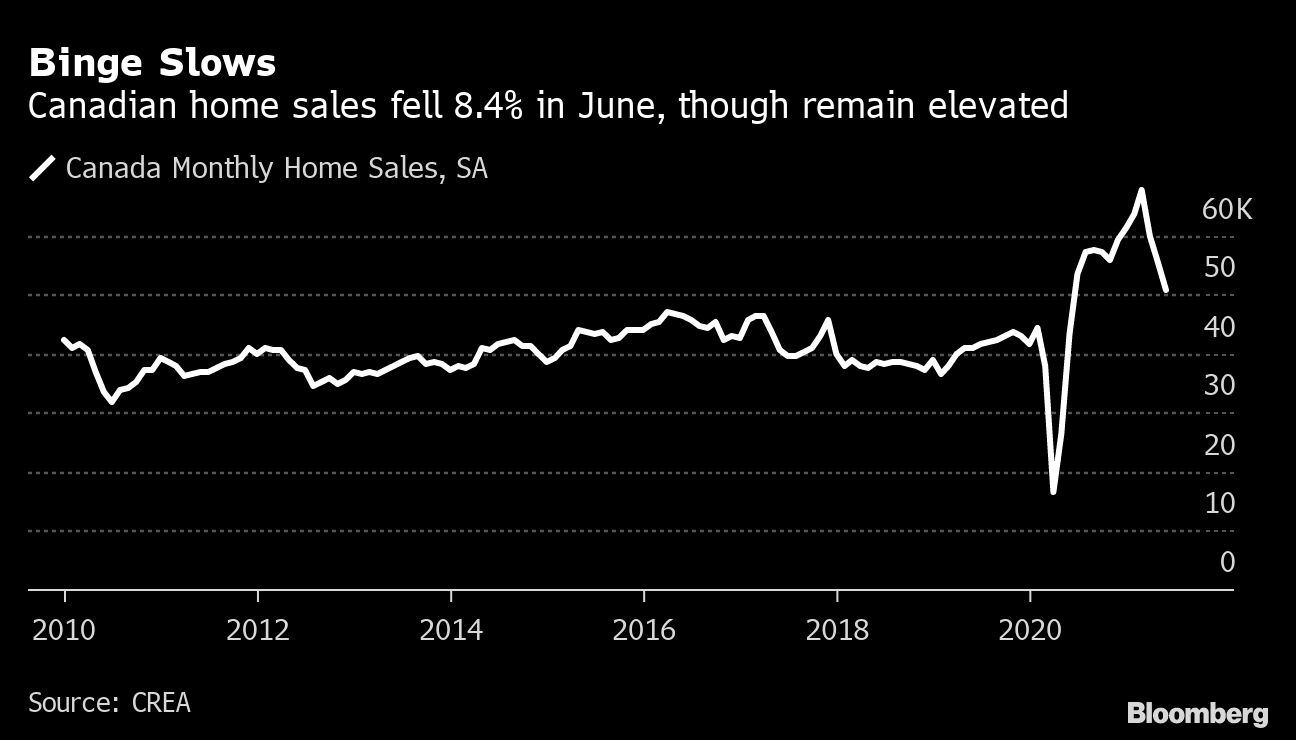 “While there is still a lot of activity in many housing markets across Canada, things have noticeably calmed down in the last few months,” Cliff Stevenson, the real estate association’s chair, said in a press release accompanying the numbers. “There remains a shortage of supply in many parts of the country, but at least there isn’t the same level of competition among buyers we were seeing a few months ago.”

Canada became among the hottest home markets in the world over the last year. The record-low mortgage rates and pandemic-induced demand for larger living spaces that drove property values everywhere met a severe lack of supply in the northern country.

But now, with vaccination rates rising, lockdowns easing and Covid-19 infections falling, some of the factors that propelled Canada’s pandemic housing boom are starting to ease, while the immigration that traditionally underpins the market remains muted. 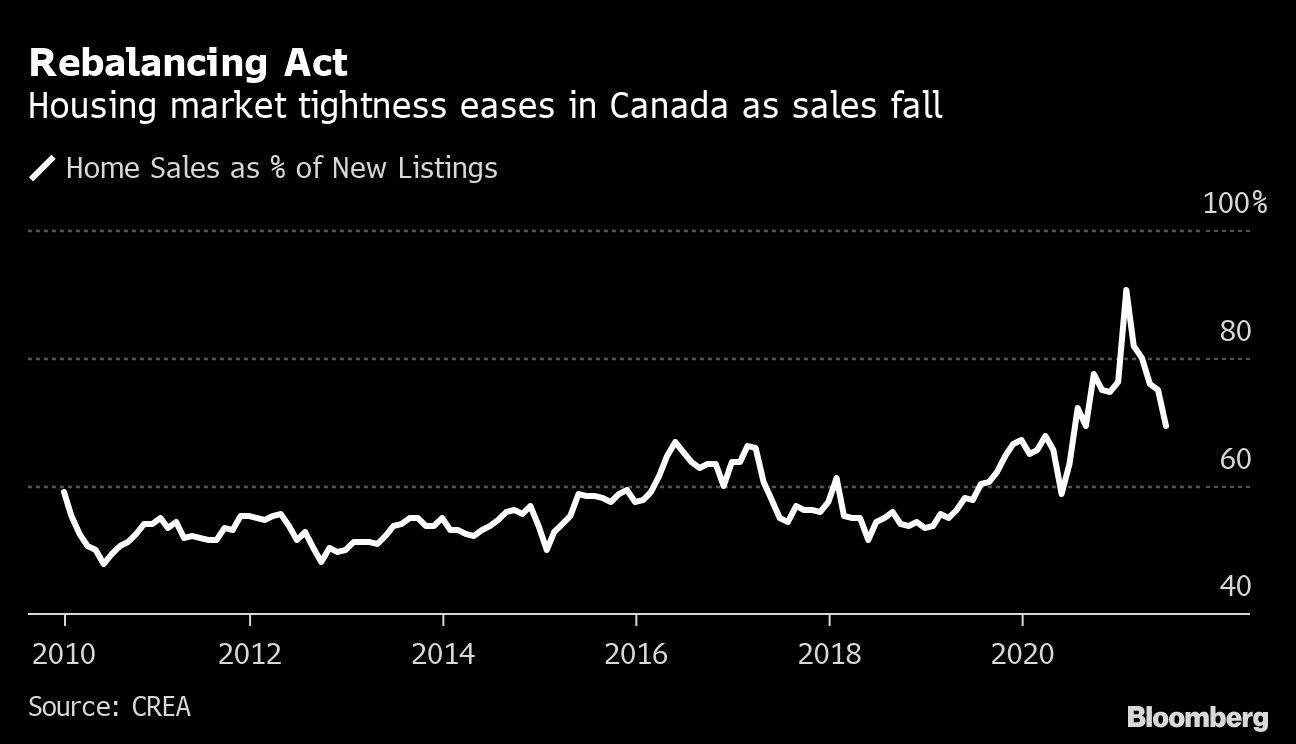 The decline in demand is beginning to ease market tightness. The ratio of sales to new listings, or how fast demand is soaking up new supply, was 69.2 per cent in June, the lowest reading since last August.

Inventory on the market, meanwhile, continued to climb to about 2.3 months worth of housing stock, up from the record low 1.8 months in March, according to the real estate board’s report.

But even with the loosening of supply, the market remains historically tight. The long-term average for the national sales-to-new listings ratio is 54.6 per cent, while historically five months worth of inventory has been the norm for the market, the data show.

“It’s a long road to get back to normal, and for many housing markets the main issue is that supply shortages are as acute as ever,” Shaun Cathcart, the real estate association’s senior economist, said in the press release. “While the frenzy and emotion of earlier in the pandemic seem to have dissipated for now, the key ingredients of a seller’s market are all still in place.”