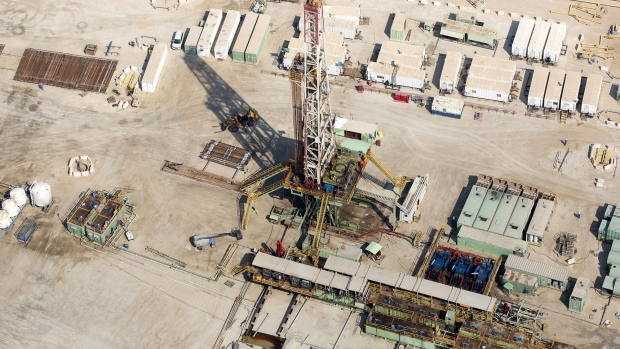 An oil drilling rig stands one of the Causeway islands in the Manifa offshore oilfield, operated by Saudi Aramco, in Manifa, Saudi Arabia, on Wednesday, Oct. 3, 2018. Saudi Aramco aims to become a global refiner and chemical maker, seeking to profit from parts of the oil industry where demand is growing the fastest while also underpinning the kingdoms economic diversification. , Photographer: Bloomberg/Bloomberg

Canada’s oil sands are known for yielding some of the heaviest, most carbon-intensive oil in the world but it’s the light crude that the country produces that is most in demand at the moment.

Refiners across the U.S. Gulf Coast, Midwest and Eastern Canada are seeking oil that’s less dense and has less sulfur to avoid processing it through a unit that needs expensive natural gas. The surge in natural gas prices has added as much as US$6 per barrel to the cost of processing more sulfurous crudes - as much as a tenfold increase compared with two years ago - according to the International Energy Agency.

For November, Canadian pipeline operator Enbridge Inc. had to ration shipments of light oil on its export pipelines for the first time in months even after the start of a new pipeline opened up new capacity. The jump in demand has weakened the price of Canadian heavy crude to a discount of more than US$15 a barrel versus the light West Texas Intermediate benchmark, the widest since January, NE2 Group data show. The country’s Edmonton Sweet grade of light oil sold at its smallest discount in almost a year earlier in October.

Globally, there is growing demand for light crude, driving down inventories at key hubs, including Cushing, Oklahoma, where stocks have tumbled to three-year lows. U.S. light crude grades nearby such as Bakken at Clearbrook, Minnesota, have also remained strong due to the spike in demand, traders said.