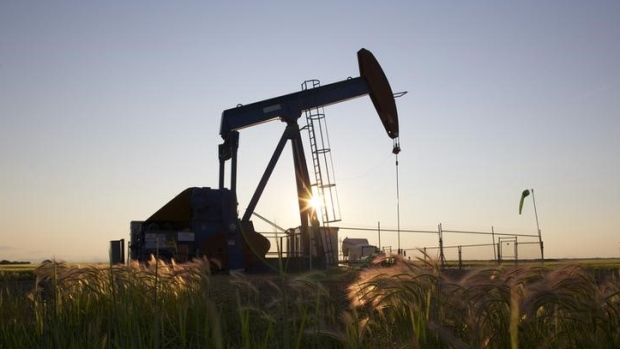 CALGARY -- The same factors that have inflated the discount paid for Canadian oilsands heavy crude compared with U.S. oil are also driving a substantial rise in the discount for light Canadian oil, according to a report from accounting firm Deloitte published Tuesday.

The difference between New York-traded West Texas Intermediate and Edmonton Light oil prices widened to US$7.32 per barrel in January, an 86 per cent increase over the average of US$3.93 per barrel in the fourth quarter of last year, Deloitte said.

"We really only have one major market and that major market has been developing their own resources, requiring ours less and less," said Deloitte partner Andrew Botterill, referring to the United States.

"There's optionality for them to buy Canadian oil volumes or not and when there's that optionality, it ends up eroding value for Canada."

The lower relative pricing for Canadian crude is partly caused by pipeline capacity constraints as oil production rises in Canada, he said.

A key conduit to the U.S. market, TransCanada Corp.'s Keystone pipeline, remains at lower capacity following a leak in November.

There's also less room for Canadian crude in American refineries, which are running at a 13-year high of more than 90 per cent of capacity, because of strong U.S. crude oil production in 2017, according to the Deloitte report.

Canadian price differentials are predicted to start to return to historic norms as the new Sturgeon Refinery northeast of Edmonton ramps up production this year, soaking up some of Alberta's oilsands crude surplus, and as more refinery room becomes available in the U.S.

About 850,000 barrels per day of Canada's oil production is conventional light oil -- the rest of the 4.5 million bpd total is mainly oilsands bitumen and upgraded bitumen, conventional heavy oil and condensate, a hydrocarbon liquid produced with natural gas.