Canadian factory sales drop in October partly due to GM strike in U.S.

Canadian manufacturing unexpectedly declined for the second straight month in October, a sign the sector continues to suffer from the global economic slowdown.

In volume terms, factory receipts were down 0.4 per cent. Sales fell in 11 of 21 industries, with the main drag coming from motor vehicles and parts manufacturing, which fell 4.7 per cent and 4.6 per cent respectively. The statistics agency pinned the weakness to slowdowns at vehicle assembly and parts plants affected by the United Auto Workers strike in the U.S.

Factory receipts for fabricated metals also dropped, down 8.2 per cent on the month. 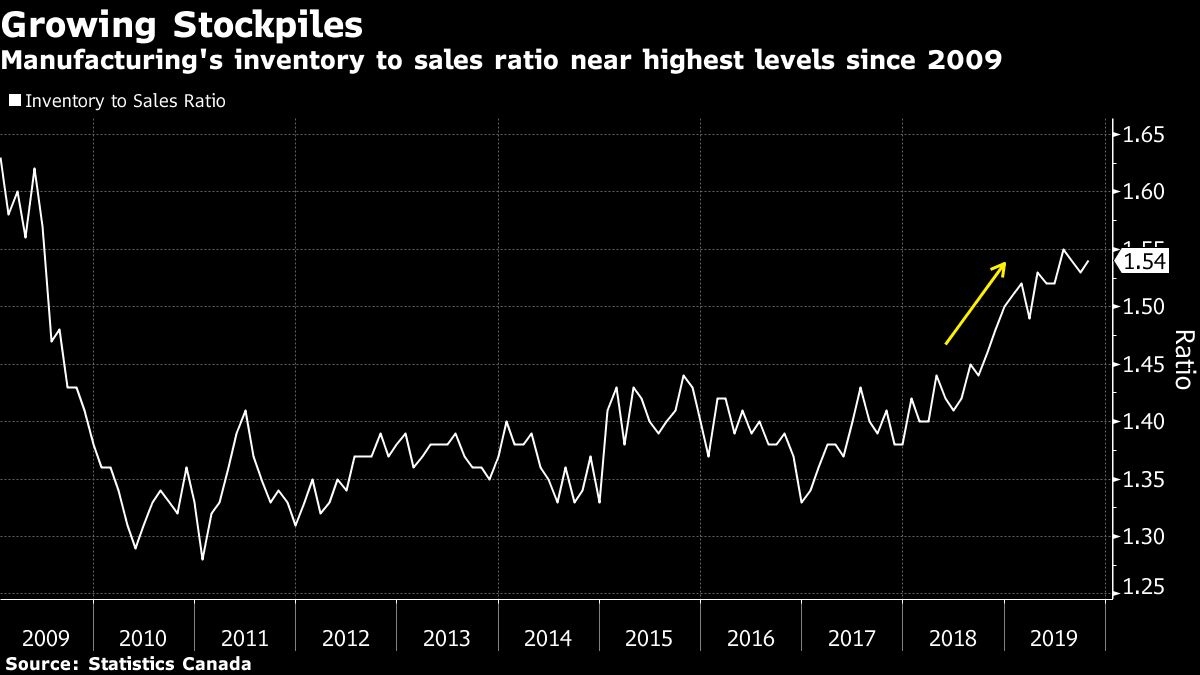 The unexpected decline may stoke concern Canada is still importing the trend in weakness experienced by manufacturers across the globe. Many developed countries have seen a slowdown in industrial production throughout the second half of 2019 — including Germany and the U.S., amid rising trade tensions.

Even though recent weakness has often been the result of temporary factors including plant shutdowns and strikes, the manufacturing sector continues to struggle, with sales down 2.1 per cent from a year earlier, the biggest drop since 2016.

Also concerning is the uptick in the inventory to sales ratio to 1.54 in October, still resting at one of the highest levels since the financial crisis. The high level of inventories poses a risk to the sector if companies opt to draw on stockpiles instead of increase production.