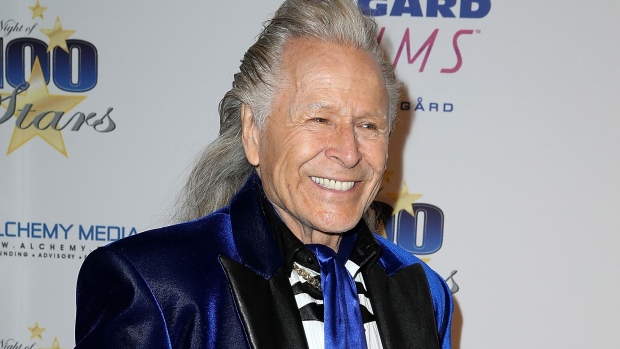 Canadian fashion mogul Peter Nygard has agreed to be extradited to the U.S. to face charges of racketeering and sex-trafficking.

Nygard, 80, consented to extradition in order to challenge the charges against him in the U.S., his attorney, Brian Greenspan, said Friday during a hearing in Winnipeg, Manitoba.

“He always unequivocally maintains his innocence of any wrongdoing,” Greenspan said.

Nygard was arrested late last year in Manitoba and charged with trafficking dozens of women and underage girls for sex over 25 years. If convicted, Nygard could spend the rest of his life in prison. He has denied the charges. A masked Nygard appeared via video from the facility in Canada where he is being held.

U.S. prosecutors claim Nygard used the resources of his company, Nygard International Partnership, to help him control women through the use of surveillance and physical restraint. Nygard hosted “pamper parties” at his properties in Marina del Rey, California, and at his home in the Bahamas, where guests were plied with food, drinks, and spa treatments, according to a U.S. indictment.

He used employees and “girlfriends” to let victims know he was interested in having sex with them, paying them in cash, prosecutors said. Some unwilling participants were drugged or coerced into sex with Nygard and his friends, the U.S. claims.

Meanwhile, Nygard is facing fresh charges in his home country. Toronto police said on Friday they secured an arrest warrant for him on six counts of sexual assault and three counts of forcible confinement for a half-dozen incidents that allegedly took place between October 1987 and March 2006.

Nygard has been held in a jail outside Winnipeg since his arrest in December. He has been unsuccessful in attempts to win bail and had been fighting the U.S. extradition request.

Scott Farlinger, an attorney for the Canadian government, said the fashion mogul won’t be sent immediately to the U.S. because Canada’s Minister of Justice must formally approve the extradition, and that decision still can be challenged by Nygard.

Born in Finland, Nygard founded his namesake company in 1967. Nygard International, once the largest producer of women’s clothing in Canada, filed for bankruptcy protection in March 2020.