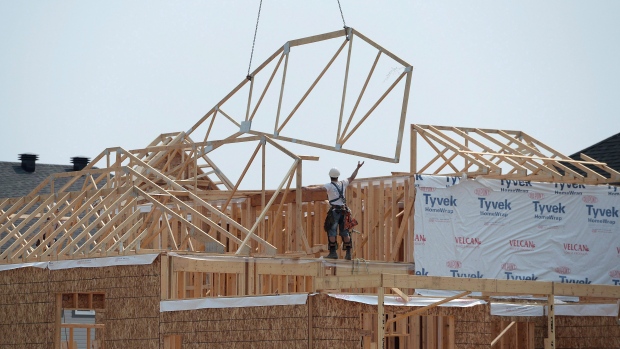 OTTAWA - Canadian new home prices were unchanged for the second month in a row in January, in part due to weakness in Toronto, the country's single largest market, Statistics Canada said on Thursday.

Analysts in a Reuters poll had expected prices to rise by 0.1 per cent from December. January marked the first time in exactly three years that home prices have stayed flat for two consecutive months.

In Toronto, which represents 27.9 per cent of the overall market in Canada, prices slipped by 0.1 per cent, the first decline since July 2014.

In Vancouver, another hot market where authorities have intervened, prices were flat.

The new housing price index excludes apartments and condominiums, which the government says are a particular cause for concern over overheated prices and which account for one-third of new housing.