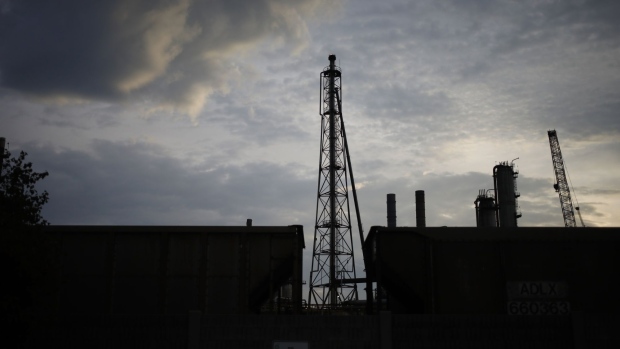 (Bloomberg) -- Canadian heavy crude prices plunged to their biggest discount to futures since 2018 and, this time, the collapse has little to do with a shortage of pipelines.

Instead, today’s growing price discount is related to a broader set of issues that Canada has less control over, according to traders.

Maintenance and emergency shutdowns of major US refineries in the Midwest, including BP Plc.’s Whiting and Toledo refineries, mean less Canadian crude can be processed in its biggest market. At the same time, shipping disruptions on the Mississippi River are sparking fears refineries will have to curtail operations because the fuel they make can’t be shipped down the river.

With less Midwest demand, more oil is shipped south toward the US Gulf Coast where new problems emerge.

High natural gas prices make refining heavy and high sulfur crude oil more expensive, according to Vortexa data. At the same time, Canadian crude on the coast is exposed to discounted Russian barrels. India has cut its imports of Canadian oil by almost half since May as the country takes more Russian crude.

Canadian Cold Lake crude on the Gulf Coast traded at a record discount to WTI of $23 a barrel early on Wednesday before strengthening in the afternoon to $20.25 a barrel. The discount reached $25 a barrel at Cushing, Oklahoma, before rebounding to a $21.75 a barrel, according to Link Data Services.

Floating inventories of high-sulfur fuel oil off Singapore rose to year-and-half high the week ended Monday as Russian residual fuel flowed to Asia, Vortexa said in report. Asian residual fuel exports jumped to the highest in about two years in September. High-sulfur fuel oil at the US Gulf Coast traded at more than $31 below West Texas Intermediate at the Gulf, the largest discount in more than a decade, data compiled by Bloomberg show.