Canadian meat processors rather than ranchers are bearing the brunt of China’s two-month-old ban on animal protein from the country.

Before China suspended Canadian shipments after forged certificates were found on a pork cargo, companies like Maple Leaf Foods Inc. were enjoying a windfall from surging Chinese demand and prices. China was trying to fill a protein gap left by African swine fever at a time U.S. suppliers were caught up in a trade war between Washington and Beijing, and Canada was a preferred market.

The boom wasn’t being felt to the same extent by producers given Canadian pork prices are tied to the U.S. hog market.

“But now the shoe’s on the other foot,” Kevin Grier, a livestock market analyst in Guelph, Ontario, said by telephone. “Now our producers are tied to the U.S. and they’re better off than they would be if they were priced with the packers.” 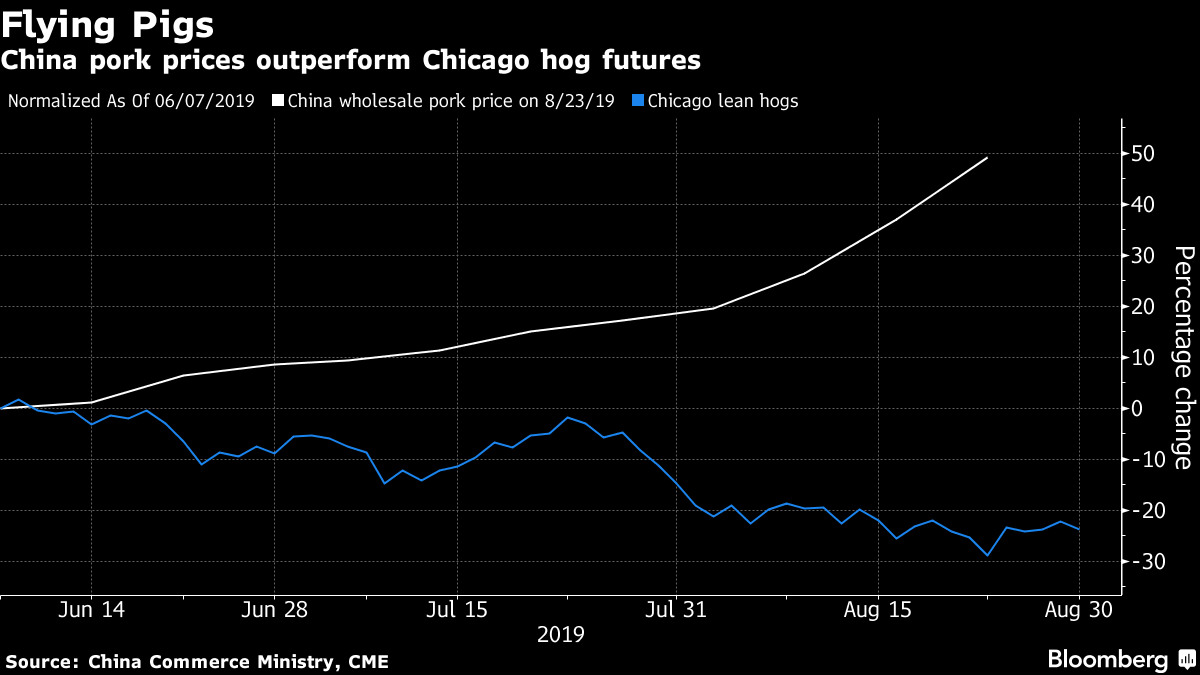 There are still markets for Canadian pork. China has increased purchases from other countries, and Canada has started back-filling demand. While they can still sell the meat, processors aren’t receiving a premium on those sales.

For Canadian beef, China is a small market at 7.7 per cent of exports. With China out of the picture, the industry has been able to easily reroute to other countries.

There is still no clarity on when the halt will be lifted, although the Canadian government has expressed optimism it will be able to restore exports before an investigation into the forged certificates is complete.

The Canadian Food Inspection Agency “has provided detailed information to Chinese officials on the measures we have taken to address their concerns,” Marie-Claude Bibeau, minister for agriculture and agri-food, said in an emailed statement. “We are waiting for a response from Customs China before resuming export certificates for pork and beef destined for China.”