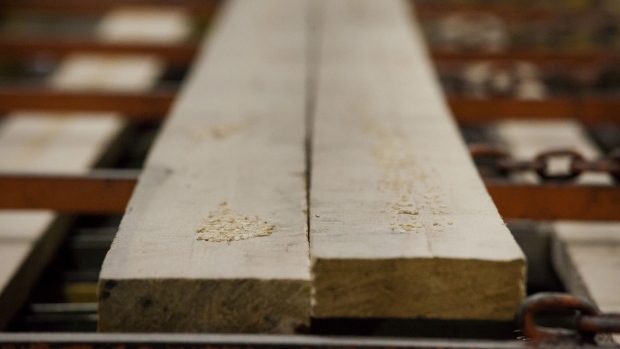 WASHINGTON - Canadian lumber producers cheered the latest decision Monday from the World Trade Organization on Canada's long-standing dispute with its largest trading partner over exports of softwood lumber - a finding the United States quickly denounced as unfair, biased and flawed.

The WTO dispute-resolution panel declared that the U.S. Department of Commerce and the U.S. International Trade Commission were wrong in 2017 when they imposed countervailing duties on Canadian softwood lumber exports, having concluded that Canada's regulated forestry industry amounts to an unfair subsidy for Canadian producers.

In particular, the panel agreed with Canada's argument that Commerce made a number of errors in determining the benchmark Canadian timber prices it used to determine whether producers north of the border were paying adequate stumpage fees to the provinces.

“For more than three years, our industry has paid billions of dollars in countervailing duties that (Monday's) decision confirmed should never have been paid in the first place,” B.C. Lumber Trade Council president Susan Yurkovich said in a statement.

“This report is a scathing indictment of the U.S. Department of Commerce's subsidy findings and the biased process it followed in reaching them.”

“This flawed report confirms what the United States has been saying for years: the WTO dispute settlement system is being used to shield non-market practices and harm U.S. interests,” Lighthizer said in a statement of his own.

“The panel's findings would prevent the United States from taking legitimate action in response to Canada's pervasive subsidies for its softwood lumber industry.”

The 2017 flashpoint over countervailing duties was just the latest flare-up in a cross-border trade dispute that has raged between the two countries for nearly 40 years.

U.S. producers have long argued that Canada's system of provincially regulating stumpage fees, which are paid to the Crown in exchange for the right to harvest timber, unfairly subsidizes an industry that is privately owned and operated in the U.S., with pricing set by the competitive marketplace. As a result, the U.S. argues, imports of Canadian lumber should be subject to countervailing duties.

“U.S. duties on Canadian softwood lumber must not persist. They have caused unjustified harm to Canadian industry and U.S. consumers alike. U.S. home builders rely on Canadian lumber, and the current record-high lumber prices are hurting the economic recovery in both countries.”

“While this decision is a victory for B.C.'s lumber producers, immediate relief is unlikely,” he said. “Our work continues until we bring an end to the unfair U.S. duties on Canadian softwood lumber exports.”

The WTO report, which comes less than two months after the new U.S.-Mexico-Canada Agreement formally replaced the NAFTA trade deal, also follows the U.S. decision to restore 10 per cent national-security tariffs on exports of Canadian aluminum. The U.S. has accused Canada of violating the terms of the agreement that saw steel and aluminum tariffs lifted in 2018.

Similarly to the aluminum sector, Canadian exports fill a critical role in the U.S., where demand for lumber significantly outstrips domestically available supply.

“For three decades, we have been saying that the U.S. trade remedy process is flawed. Unfortunately, this is just the latest chapter in the ongoing attack on the Canadian lumber industry,” Yurkovich said.

“Each of the prior two lumber disputes ended with neutral, international tribunals issuing rulings that forced Commerce to rescind their flawed and unsupported subsidy findings for similar reasons. (Monday's) decision is an important step towards, what we expect, will be the same result.”