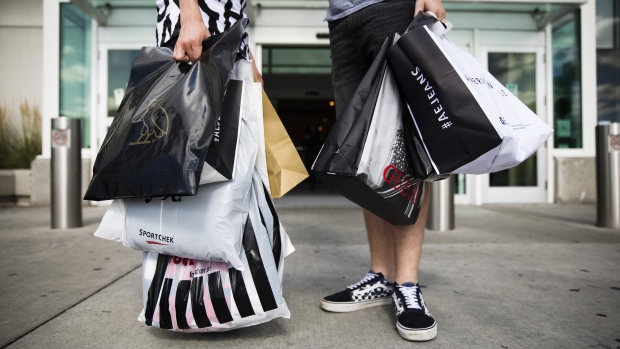 OTTAWA -- Statistics Canada says the value of retail sales fell 0.1 per cent in August to $51.5 billion, with price reductions accounting for most of the the unexpected decline.

Economists on average had expected an increase of 0.4 per cent for August, according to the financial markets data firm Refinitiv.

CIBC economist Royce Mendes says the weakness affected nearly half of the subsectors tracked by Statistics Canada and noted that total volumes were up, indicating the pullback was due to lower prices.

Statistics Canada says sales at food and beverage stores fell 0.8 per cent in August, the first move down from the sector in three months.

Meanwhile, sales at gasoline stations fell 0.4 per cent as a result of lower prices at the pump, while gasoline sales rose 2.8 per cent in volume terms.

In volume terms, retail sales increased 0.2 per cent in August.