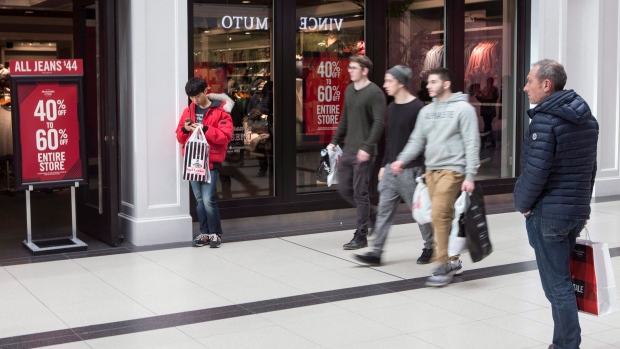 Excluding the motor vehicle and parts dealers, retail sales were unchanged for the month.

The overall result matched the expectations of economists, according to Thomson Reuters. However, retail sales excluding autos had been expected to rise 0.5 per cent from the previous month.

Statistics Canada says sales were up in seven of the 11 subsectors.

Motor vehicle and parts dealers posted the largest increase in dollar terms as they gained 2.4 per cent, fuelled by a 2.8 per cent gain at new car dealers.

Retail sales were up in eight provinces in September with gains in Quebec, Ontario and British Columbia accounting for most of the increase.