Wholesale sales in Canada rose by the fastest pace in almost three years, a sign the economy may not be decelerating as quickly as thought.

Receipts at Canadian wholesalers climbed 1.7 per cent in July, the fastest gain since December 2016, Statistics Canada reported Monday in Ottawa. Economists in a Bloomberg survey had forecast a flat reading on the month.

Pharmaceuticals led gains, rising 7.3 per cent on record high imports. Motor vehicles rose 4.8 per cent in July -- the biggest increase for that month in a decade. Stripping away the effects of changing prices, wholesales rose 1.9 per cent, also the fastest pace since 2016. 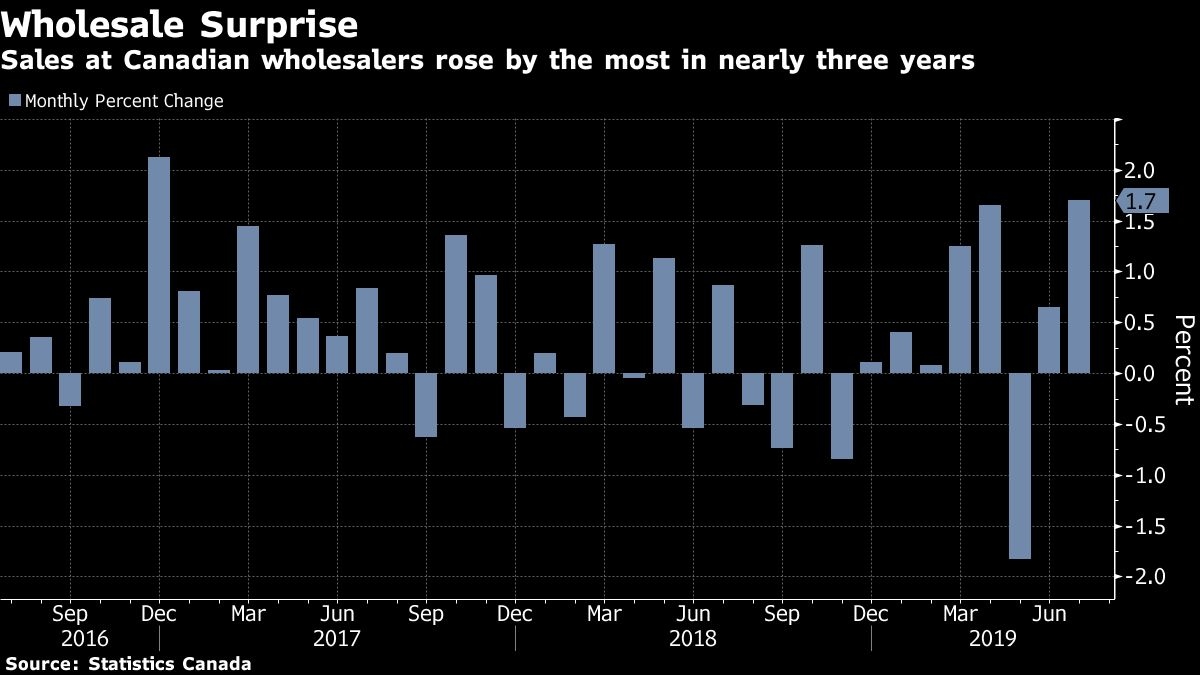 The better than expected wholesales result will probably support a stronger July GDP reading. Many economists had suggested growth would be flat or negative following weak manufacturing and retail sales.

Monday’s report “will provide a much needed lift to what otherwise looks like a lackluster GDP print for July,” Avery Shenfeld, chief economist at Canadian Imperial Bank of Commerce, wrote in a note to clients.

The currency pared declines on the release, trading little changed at $1.3270 against the U.S. dollar at 8:41 a.m. Toronto time.

Canada’s economy is expected to slow in the second half of 2019, following the largest second quarter expansion in gross domestic product among group of seven countries.

Robust domestic data is a key reason why the Bank of Canada has held its benchmark interest rate at 1.75, even as many other countries have begun easing monetary policy.

Inventories rose 0.5 per cent on the month, and the inventory to sales ratio fell to 1.44 in July, still one of the highest levels since the mid-1990s.