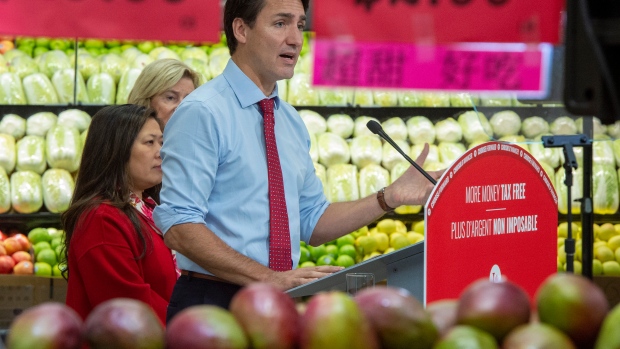 The Liberal leader was asked today if he would be willing to work with the Bloc Quebecois, as polling suggests support for the sovereigntist party is increasing.

He sidestepped the question, saying the Bloc can't fight Conservative premiers who are against the carbon tax.

Bloc Leader Yves-Francois Blanchet has been trying to portray himself as the only one who truly understands the needs and values of Quebecers.

All major party leaders will be focusing on Quebec voters Thursday, in the campaign's only official French-language debate.