Why gold, emerging markets and Canada are the places to invest for 2021

For the first time on record, Canadians received more investment income from abroad than they paid out to foreigners.

Income derived from the ownership of foreign assets, such as dividends and interest, surpassed payments Canadians made to the rest of world by $10 billion in 2020. It marks the first year the country hasn’t run an investment-income deficit in records dating back to 1900. 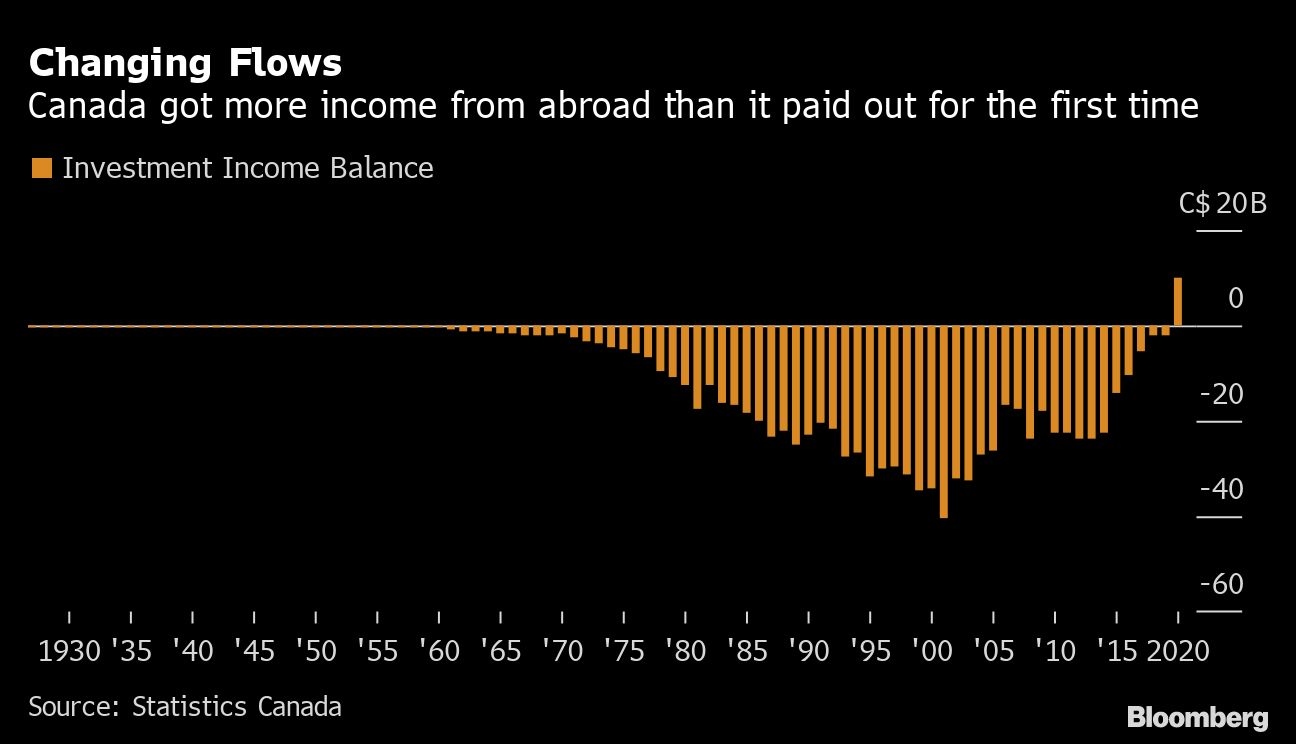 The inflection point shows how Canada’s economy has been pivoting from being a destination of foreign investment toward being a major investing nation in its own right -- joining the ranks of global creditors like Japan and Germany. In fact, net foreign direct investment into Canada turned negative in the final three months of 2020 for the first time in a decade.

Unlike many of the world’s major creditors, however, Canada still runs large current account deficits, which means its total receipts from the rest of the world are still below payments abroad. That’s primarily due to the country’s large and growing merchandise trade deficits, a vulnerability not shared by Japan and Germany.