A buyers strike fueled by inflation is a big risk heading into 2022: Manulife’s Theoret

Canadians are giving their central bank the go ahead to start raising interest rates amid decades-high inflation.

While a majority of households say they’ll be hurt by higher borrowing costs, they are much more concerned about the rising cost of living, according to polling late last month by Nanos Research Group for Bloomberg News.

Almost nine in 10 Canadians -- or 87 per cent --  say they are more worried about the current pace of rising prices than they are about higher interest rates, the survey found. Only 10 per cent see rising borrowing costs as the bigger issue, with 3 per cent unsure. 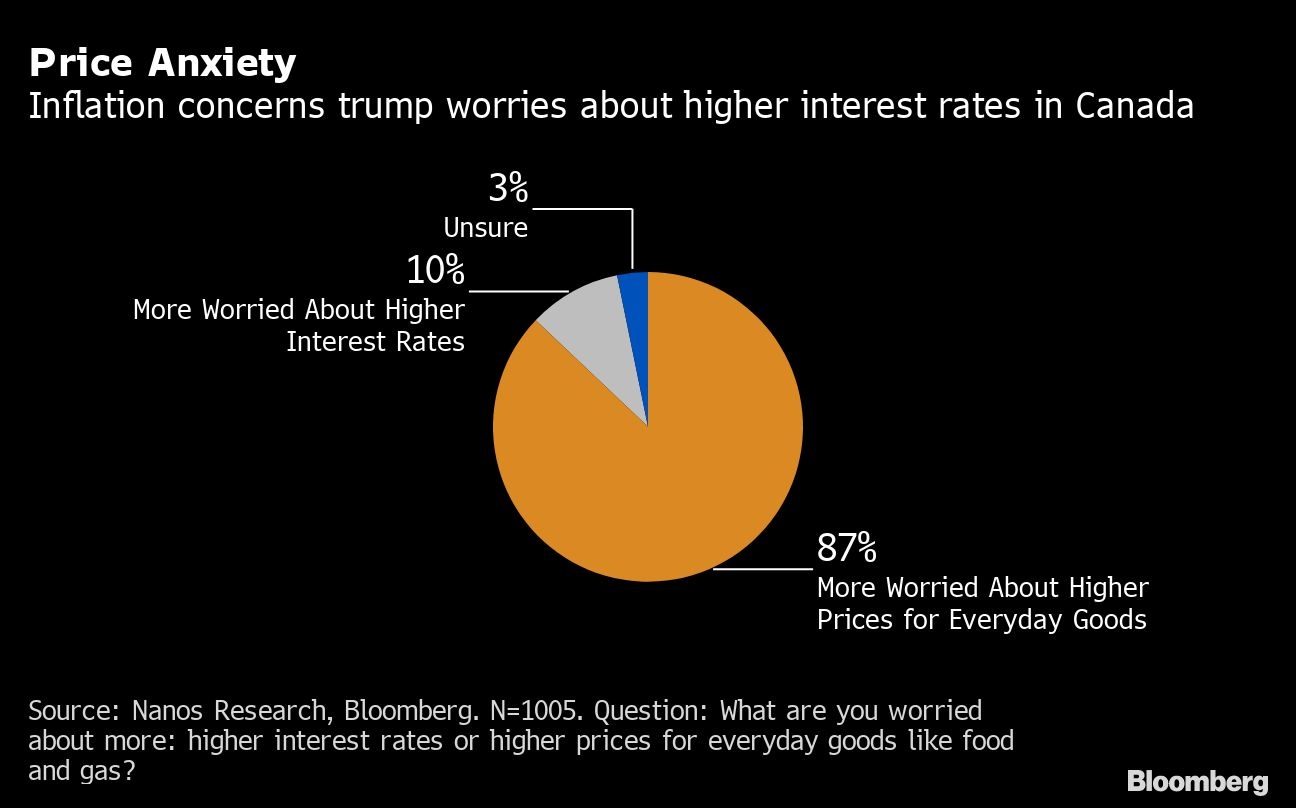 The survey illustrates the extent to which inflation and cost of living have become the top source of anxiety, suggesting there is ample public backing for the Bank of Canada’s plans to start withdrawing pandemic monetary stimulus in coming weeks. Canada’s inflation rate has been hovering near 5 per cent in recent months, levels not seen since 2003.

Public support for higher rates is all the more significant given the nation’s households are among the most indebted anywhere, and will be squeezed by the rising borrowing costs. The poll also found 51 per cent of Canadians expected to be at least somewhat negatively impacted by higher interest rates.

“Canadian are currently fixated on the rising cost of everyday goods like food or gas. Rising interest rates are not as much of a worry,” Nanos Research Group founder Nik Nanos said by email.

The Bank of Canada has been indicating it’s poised to begin raising interest rates early this year to quell the price pressures. Officials have kept their key policy interest rate at a historic low of 0.25 per cent since March 2020. That rate is now seen rising to at least 1.5 per cent by the end of this year, according to money markets.

Even with the Federal Reserve looking to quickly tighten U.S. monetary policy, it will be a delicate balancing act for Governor Tiff Macklem in Canada. Raising rates too soon and too fast could inadvertently trigger a downturn at a time when the nation is coping with another spike in COVID-19 cases and new lockdowns.

The economy has also become increasingly sensitive to higher borrowing costs after accumulating massive debt levels over the past decade.

“Younger Canadians are much more likely to report a negative sensitivity to higher interest rates compared to middle-aged and older individuals,” Nanos said. “This suggests that there is latitude to increase interest rates with a recognition that they could result in a negative generational squeeze on younger people.” 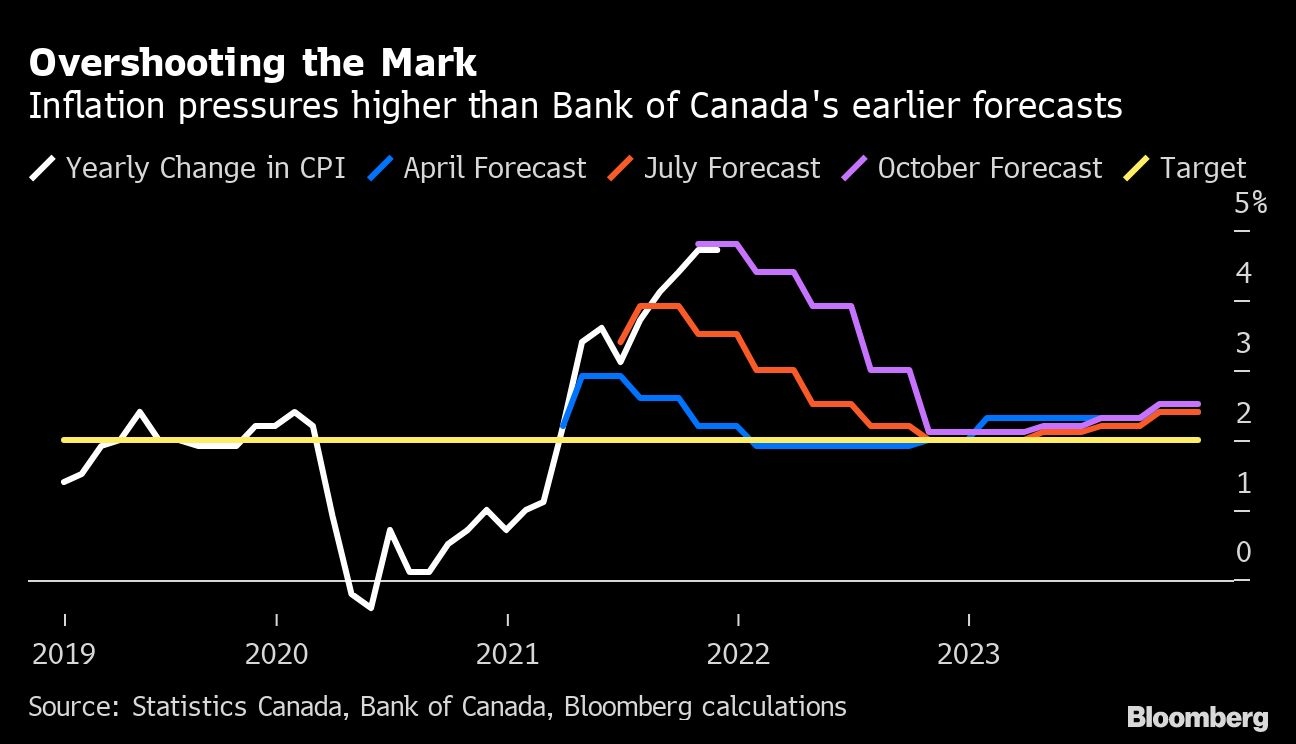 But cheap money also poses major problems, and moving too slowly comes with big risks. That includes a real-estate boom that has seen record home-price gains over the past year. Prices for everyday goods and services are also outpacing wage increases and eroding purchasing power, undermining consumer confidence.

If inflation becomes entrenched, economists warn the problem will compound for the Bank of Canada.

“The key risk to delaying rate hikes is that inflation will run too hot for too long, forcing the Bank of Canada to hike rates faster and higher than otherwise,” Benjamin Reitzes, macro strategist at the Bank of Montreal, said by email.

The Nanos poll is a hybrid telephone and online survey of 1,005 Canadians, with a margin of error of 3.1 percentage points, taken between Dec. 22 and Dec. 23. There is little variation in the result across regions.