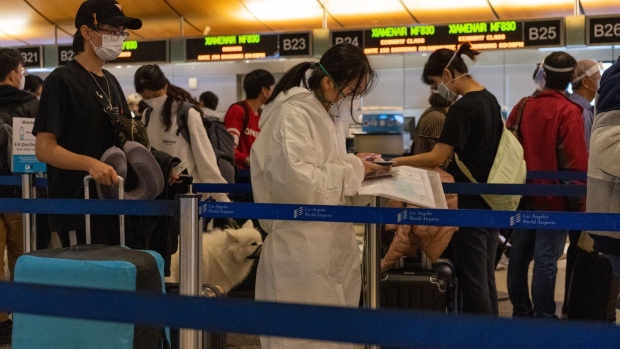 MONTREAL -- Tania Azevedo wasn't sure if she would make it to Aruba after all.

After Ontario's lockdowns forced her to close her hair salon in Toronto, Azevedo decided to capitalize on the free time by visiting friends in the small island nation. She had filled out the country's application for foreign visitors, purchased the mandatory insurance and taken a COVID-19 test in the days before her departure.

But when she arrived at the airport, airline staff informed her that she had taken the wrong test -- RNA, not PCR -- and that she would have to take another test and quarantine on arrival.

"I almost didn't get on my flight," Azevedo said, adding that in the end, Aruban authorities approved the test and let her skip the quarantine.

With some hotels and airlines offering special terms to lure in travellers this holiday season, sun seekers like Azevedo are nevertheless running into new logistical challenges brought on by efforts to contain the pandemic.

Entry requirements for Canadians heading to the most popular destinations vary from country to country, and range from mandatory quarantines on arrival to required testing and insurance programs. Beachgoers also have to contend with fewer options for airline routes and measures such as mask requirements and temperature checks in place at every step of the journey.

Travellers must quarantine for 14 days at home when they return to Canada, a federal measure that the travel industry has fiercely contested, arguing that replacing it with a testing program at airports would be as effective at containing the disease and would increase people's appetites for travel.

Still, with the winter cold settling in across the country, many Canadians have decided that the benefits of taking a beach vacation during a pandemic outweigh the inconveniences.

"It was definitely worth it and I'd do it again," Azevedo said from quarantine in her Toronto home.

Christina Miller, a Montreal-based real estate agent who owns a vacation home in the Dominican Republic, had to fly into Punta Cana instead of the smaller airport closer to her house, filling out at least two documents about virus symptoms and taking a rapid COVID test along the way.

Speaking from the Caribbean island, she said she felt safe on the plane ride there and planned to exercise the same level of caution about the virus abroad as she did at home, adding that she has had her temperature taken everywhere she has gone inside to sit.

"I can honestly say that it's much easier to respect social distancing in 28-degree weather than it is in freezing temperatures, that's for sure," Miller said.

Melissa Iantosca, a spokeswoman for Air Canada Vacations, said the company's most popular beach destinations remain Cancun, Cayo Coco, Punta Cana and Varadero, meaning passengers' tastes haven't changed drastically since the start of the pandemic. But airlines have reduced their capacity by as much as 85 per cent this winter in anticipation of lower demand.

"Analysis of the data we have confirms that people are interested in travelling, but the continued entry restrictions at destination and the quarantine imposed on returning to Canada are limiting bookings and delaying travellers' plans," said Debbie Cabana, a spokeswoman for Air Transat.

In a November survey of regular winter travellers in Canada conducted by Snowbird Advisor, for example, 40 per cent of more than 3,000 respondents said they would not be travelling this winter (the poll cannot be assigned a margin of error because it was not based on a random sample).

The mandatory quarantine for those returning to Canada has made it impossible for many people to travel, splitting up some families that normally vacation together. Amanda Steinberg, a dietitian who lives in Montreal, flew to Florida this week with her daughter, but had to leave behind her husband, who wouldn't have been able to work remotely while in quarantine, and her son, whose high school isn't allowing students to travel.

Steinberg said she had to take a shorter vacation this year, factoring in the length of the quarantine when she gets back. She wasn't sure yet whether she felt comfortable enough to do some of her usual vacation activities in Florida, like spin or yoga classes, she said.

Other holiday travellers have felt COVID-19 culture shock upon arrival in their destinations. Brittany Pekeles, who flew to Florida from Montreal in December, felt nervous when she first arrived, realizing that she would have to adapt to the locals' attitudes toward mask-wearing and physical distancing, which she said were lax by Canadian standards.

Pekeles said she is comfortable eating at restaurants outside, but won't be going to any nightclubs, which in Florida are permitted to operate at full capacity even as the state reports 10,000 new virus cases per day, on average.

"It's definitely not the same vacation as it would be," Pekeles said.