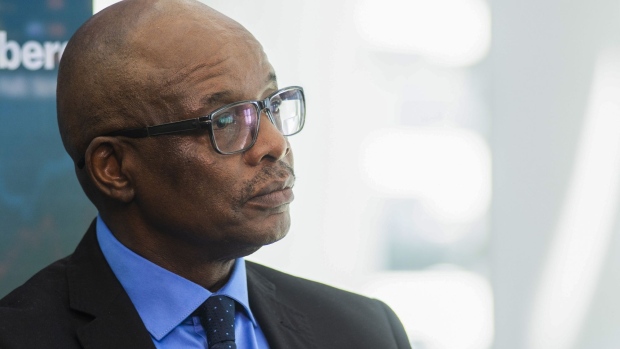 Sipho Pityana, lead director at Absa Group Ltd., is suing part of South Africa’s central bank for stymieing his appointment as the chairman of the country’s third-largest lender.

Pityana is claiming reputation damages from the Prudential Authority after what he says was a flawed background check, according to an application filed in Gauteng High Court on Monday. The lawsuit cites Absa but is not seeking compensation from the bank nor trying to overturn Moloko’s appointment, the documents say.

Pityana, who stepped down as chairman of miner AngloGold Ashanti Ltd. in December, says the regulator “adopted an informal process” when reviewing his record and rejected him without a right of reply. The appointment would have been approved were it not for sexual harassment complaints against him at AngloGold in 2020 which he disputes, he said in an affidavit.

The regulator’s conduct is “unlawful” and has damaged his reputation, Pityana said.

The bank instead on Tuesday appointed Moloko, who stepped down from Pretoria-based insurance group Momentum the previous day. He will replace Wendy Lucas-Bull, who is due to retire in March. Absa is still without a permanent chief executive officer following the departure of Daniel Mminele in April after a dispute with the board.

The central bank said it acted according to its mandate and will challenge the allegations in court. The Prudential Authority “has the right and responsibility to object to an appointment based on competence or integrity,” it said in an emailed response.

Absa confirmed the bank has been cited in the proceedings without relief being sought against it. The lender “has conducted a robust chairman succession process, which started in October 2020,” the company said in an emailed response to questions. “During this process which involved an extensive search, Absa considered both internal and external candidates.”

AngloGold said it initiated an independent investigation into the sexual harassment claims against Pityana, led by a senior advocate. “The investigation was independent, fair and thorough , and we are confident in its conclusions,” the miner said.

The lawsuit was first reported by Business Day newspaper.