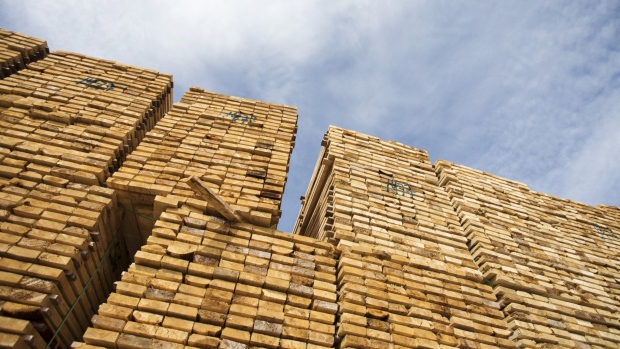 VANCOUVER - Canfor Corp. says its results turned positive in the second quarter on a large reversal of a writedown in its lumber operations due to improved demand and prices towards the end of the quarter.

The results included an $80.6-million recovery of previous inventory write-downs as an unexpected increase in demand in the months following a dramatic drop in U.S. housing starts in April prompted a big boost in lumber prices.

Western SPF (spruce, pine, fir) prices surged 53 per cent to US$432 per million board feet by the end of June, compared with a low of US$282 per Mfbm in April.

Revenues decreased 15 per cent to $1.1 billion from $1.3 billion in the second quarter of 2019. Canfor was expected to lose 27 cents per share on $1.03 billion of revenues, according to financial markets data firm Revinitiv.