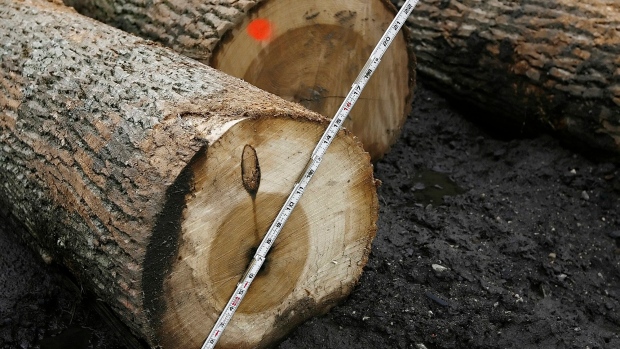 VANCOUVER — Canfor Corp. (CFP.TO) says it's going ahead with the construction of a US$120 million sawmill in Washington, Ga., as Canada's softwood lumber industry continues to deal with punitive duties from the U.S.

The Vancouver-based lumber company says the new 275-million board feet mill will use the latest technology and is strategically located near its existing operation in the state.

Canfor says that following rulings by the U.S. Department of Commerce last quarter, the company is subject to duties of 20.52 per cent, down from the original 27.98 per cent.

The company says North American lumber demand remained strong in the last quarter with U.S. housing starts in line with a year earlier and Canadian housing starts up 16 per cent from 2016.