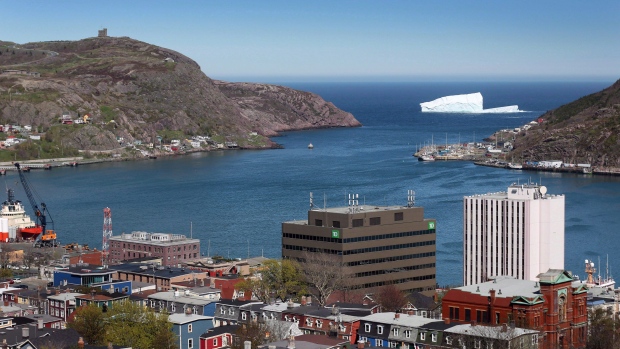 An iceberg is seen just outside of the Narrows of St. John's Harbour on Friday, June 13, 2014. , The Canadian Press

Newfoundland and Labrador to ban vape products amid health crisis

Newfoundland and Labrador plans to ban cannabis vape products as the province aims to protect public health amid a health crisis in Canada and the United States. The provincial government stated that the products, set to become federally legal for sale on Dec. 16, will not allowed to be sold in the Atlantic Province as it needs more time to study vaping issues in light of any relevant clinical evidence. Newfoundland and Labrador’s move follows a similar one by Quebec last month to ban vape products until further notice. There are no confirmed or probable cases of severe lung illness caused by vaping in Newfoundland and Labrador. The provincial government also amended commission rates for cannabis retailers, announcing that seven new licensed producers will be able to supply the province’s regulator with legal pot and that it has begun exploring how to sell cannabis online.

New Zealand officials have released a draft bill on legalizing cannabis soliciting feedback from the country’s political parties before a referendum scheduled for next year. The country’s national broadcaster RNZ reports that the bill says New Zealanders over 20 will be able to purchase a limit of 14 grams per day of legal cannabis and provides details on the regulated potency of the products. The draft legislation also allows for a national licensing regime of cannabis-infused products, such as edibles. New Zealand’s Justice Minister Andrew Little told political parties to address any concerns with the legislation by Thursday. A copy of the draft bill can be read here.

Organigram Holdings announced on Wednesday that it has established an at-the-market equity program to issue up to $55 million worth of common shares to the public, at its discretion. The company said in a statement its ATM program will be effective until Dec. 25, 2021. Organigram intends to use the net proceeds from its new financing program to fund future capital projects, and to repay debt in addition to general corporate purposes. The financing comes amid a challenging environment for Canadian cannabis companies to seek new sources of capital amid softer-than-expected revenues and a glut of legal pot on the market.

Trulieve Cannabis CEO Kim Rivers said the reality of the legal pot sector isn’t being fully reflected in the market. Bloomberg News reports that Rivers was taken aback at the launch of one of the company’s Florida dispensaries where about 100 people were waiting in line for the store to open. This came on the same day that cannabis stocks traded deeply in negative territory. “I really believe there’s a disconnect between what’s happening in the markets and what folks are seeing in their businesses,” Rivers told Bloomberg News. Trulieve’s stock has climbed 60 per cent since Oct. 1 and is widely considered by analysts to be one of the best operators in the sector. The company has a market-leading position in Florida, where it operates 40 legal medical cannabis dispensaries, although it plans to open new stores in Massachusetts and Connecticut.

New Frontier Data, which collects and analyzes data in the legal cannabis space, is acquiring Canadian lifestyle brand and website Civilized Worldwide for an undisclosed sum, according to the Washington Business Journal. The website reports that New Frontier Data will assume Civilized’s debts and liabilities. Meanwhile, Civilized suspended its operations and laid off its employees on Monday as part of restructuring efforts. In addition to a website, Civilized also curated the World Cannabis Congress, which is held annually in Saint John, N.B. and featured lifestyle guru Martha Stewart as a keynote speaker during this year’s event. The CBC reports that Civilized received more than $200,000 from New Brunswick taxpayers over the past three years, although it is unclear what the money was used for.

Ontario needs to “make the right moves now” to improve its legal cannabis operations in order to win back economic and investor confidence in the sector, according to an opinion article authored by the heads of the Ontario Chamber of Commerce and Canadian Chamber of Commerce. The article states that in Ontario there are not enough retail stores open right now, and that illegally-sourced cannabis is cheaper and more convenient to access online than legal pot. “Even with more retail stores coming online, the regulated cannabis market will not thrive unless we have the right policies in place to ensure it is competitive with the illegal market,” per the jointly-written article. Its authors go further to suggest Ontario allow licensed producers to directly negotiate with retailers, with the Ontario Cannabis Store potentially maintaining an oversight role. “This model will bring prices down, remove red tape, and allow retailers to compete with the illegal market. LPs and retailers would be allowed to negotiate their product mixes, prices, terms and conditions,” the article’s authors wrote. 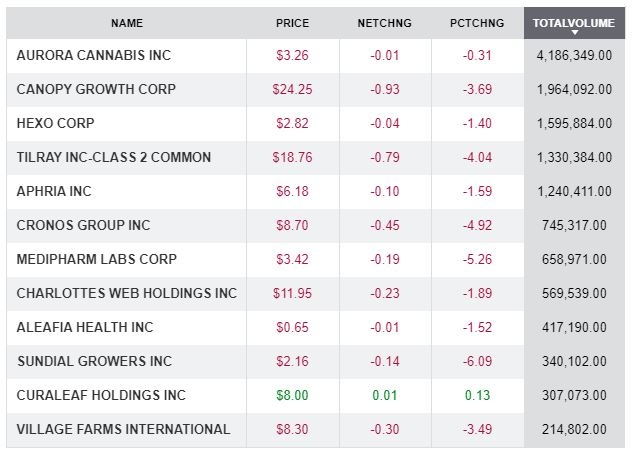