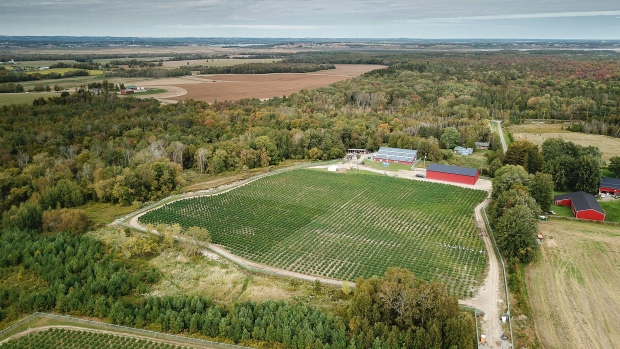 Aleafia Health reported first-quarter results on Wednesday, recording $6.4 million of positive adjusted EBITDA on $13.7 million in revenue. The Toronto-based company is now part of just a handful of Canadian cannabis producers that has demonstrated consistent positive cash flow in its business. Aleafia also noted it has about $35 million in cash on its balance sheet and a production cost of $0.35 per gram, an industry low. The company is also managing its operations during the COVID-19 pandemic by conducting its medical cannabis consultations virtually, and introduced a delivery service to its patients.

Sundial Growers said Wednesday the company's senior lenders are evaluating terms of an amendment to its credit agreement and will not place the company in default to its existing oblications. These discussions come after the waivers tied to Sundial’s existing credit agreement with those lenders expired on May 11. Sundial also said it's in the "advanced stages of discussions" for the potential sale of its U.K. asset, but didn't provide further detail on those talks. RBC Capital Markets analyst Douglas Miehm said in a report that the company’s U.K. operations could be sold for roughly $70 million based on its book value.

Tilray issued a “going concern” warning in its latest quarterly security filing related to its capacity to raise capital to meet future cash needs. The cannabis producer said in its 10-Q filing released Monday that its "ability to continue as a going concern is dependent upon obtaining additional financing to meet anticipated cash needs for working capital and capital expenditures through the next twelve months." The "going concern" phrase is an accounting term that signals to investors a possible red flag on a company’s viability. Tilray noted in its filing that "it is probable it can implement plans" to help mitigate any of the issues related to its ability to continue as a "going concern" over the next year. A Tilray spokesperson wasn't immediately available for comment when reached by BNN Bloomberg.

4,992
- The number of kilograms of dried cannabis sold by Aleafia Health in its first quarter of the year, an increase of 3,415 per cent from the same period a year earlier. 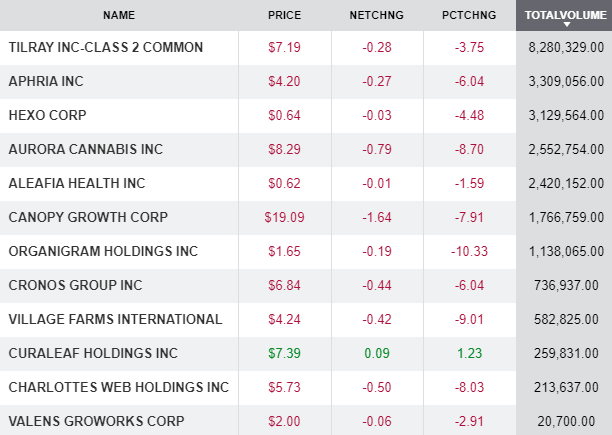