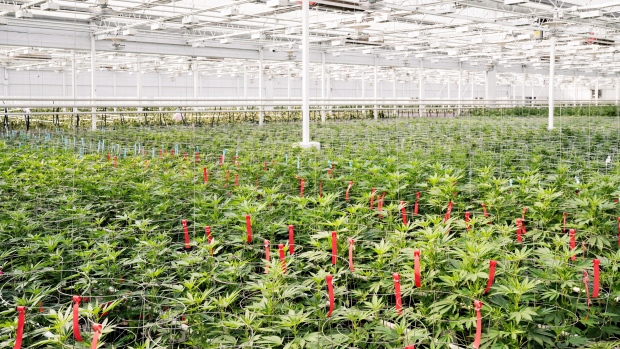 Aphria kicks off another period of pot industry quarterly results with its fiscal first-quarter report out early Thursday. Analysts expect the Canadian cannabis producer to report $159.6 million in revenue while booking a net loss of $9.5 million. The company is also expected to report $11.9 million in positive EBITDA. In addition to the top and bottom line expectations, analysts will likely be looking for signs of whether Aphria has been able to expand its market share lead in the still-burgeoning Canadian recreational cannabis market. Canaccord Genuity analyst Matt Bottomley said in a report that he expects Aphria to show about 16 per cent quarterly growth in its recreational cannabis sales while medical revenues stay flat. However, Stifel analyst Andrew Carter notes that Aphria is siginificantly underutilizing its production capacity and that this may "remain a point of controversy" for the company's stock. ​

Aurora Cannabis is scaling back its presence in Uruguay just over two years after spending $290 million to acquire cannabis operator ICC Labs, according to MJBizDaily. Aurora told the industry trade website that the head of its Uruguay operations has departed the company, while regulatory filings show that it has listed two properties in the country for sale for $2 million. An Aurora spokesperson told MJBizDaily that there aren’t any further developments to discuss regarding Uruguay. Aurora joins a handful of Canadian cannabis producers such as Auxly and Canopy Growth who turned to the South American market in hopes of securing a strong base to produce cheap marijuana for export purposes, but whose plans have yet to pan out.

Gage Cannabis, a North American pot company led by former Canopy Growth CEO Bruce Linton, is looking to raise US$50 million using an atypical equity financing program. The company released its circular on Wednesday outlining how Gage is looking to raise funds using a Regulation A Tier 2 equity financing, where individual investors are invited to purchase shares in the company prior to it going public. Gage is offering investors the ability to buy up to 28,571,400 subordinate voting shares at $1.75 per share. The company has generated more than US$30 million in sales so far this year in five Michigan dispensaries, but booked a net loss of US$75 million in 2019.

Fire & Flower said Wednesday it entered into a supply deal with cannabis producer Decibel Cannabis to produce a private-label brand of pre-rolled joints. The company said its products will initially be available in Saskatchewan later this month, where provincial distribution regulations permit the retailer to take on private-label products exclusively. The announcement comes as retailers begin to provide customers with their own branded cannabis products, including Fire & Flower's deal with WeedMD for CBD products and Ontario retailer Superette's branded vape product, which is produced through an arrangement with Fume Labs.

Daily Buzz:
0.38%
- The number of cannabis industry-related jobs in Canada listed on Indeed.com in early September relative to the total amount of jobs on the job seeker website. The amount is similar in size to postings in the hospitality and tourism, and architecture industries. 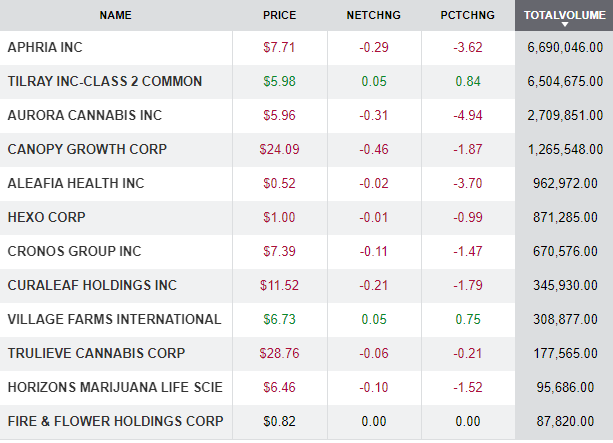