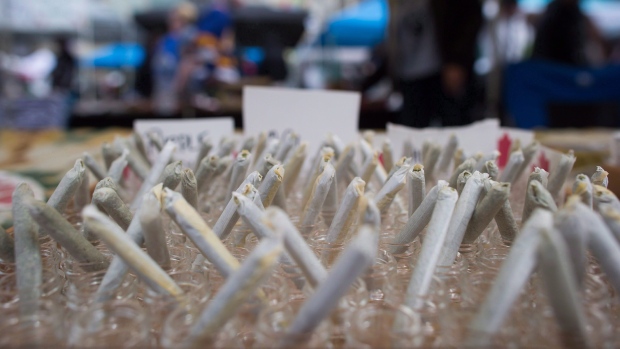 Joints are displayed for sale during the annual 4-20 cannabis culture celebration at Sunset Beach in Vancouver, B.C., on Thursday, April 20, 2017. , The Canadian Press

B.C. municipalities to province: Show us some of that cannabis money

B.C. municipalities want the provincial government to begin sharing legal cannabis revenues with them, something that other provinces like Alberta and Ontario already do. Maja Tait, the mayor of Sooke, B.C., said during a meeting of B.C. municipality leaders that the province is making millions from legal cannabis as new stores continue to open, but isn't sharing any of that with local towns or cities. “This is the fifth year in a row that our membership has considered this resolution, looking for an equitable share of the revenue. It’s time for them to show us the money,” Tait said, according to Victoria News. Tait added that local government costs have climbed to $11.5 million per year, which help to pay for cannabis enforcement by police and bylaw officers, land use planning, licensing and other duties.

South American cannabis producer Khiron Life Sciences said Thursday that it has begun to ship medical cannabis to Peru after receiving a licence from the country's drug regulatory authority. Khiron, which has signed up 3,000 medical cannabis patients in Colombia, is distributing its products through Farmacia Universal, a Peruvian pharmacy chain with 10 locations in the country's capital, Lima. The company is currently shipping medical CBD products with plans to distribute THC-infused offerings to Peru by the end of the year. While the South American cannabis market has developed slower than anticipated, sales in the region are expected to reach as much as US$12 billion by 2028, according to Prohibition Partners, a UK-based cannabis consultancy.

Toronto-based WeedMD said Thursday it entered into a binding term sheet for a credit facility valued at $30 million with LiUNA Pension Fund of Central and Eastern Canada. The additional financing will provide WeedMD with "significant financial capacity to drive commercial initiatives during its next stage of growth." However, the facility deal, which is expected to close by the end of the month, comes at a hefty 15-per-cent interest rate and is secured by WeedMD's assets, including its production facilities. WeedMD said it will release its second-quarter financials on Sept. 30, after an extension was granted due to the COVID-19 pandemic. 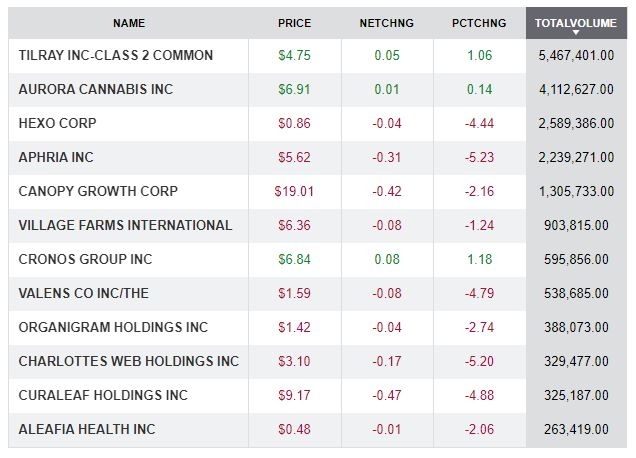