Canopy Growth still has some tricks up its sleeve. Executives from the world's most valuable cannabis company described a sharp focus on some of its popular 2.0 products as well as various fixes intended to help improve the company's bottom line at Canopy’s annual Investor Day on Monday. Canopy's plans to regain investor interest - as well as valuable Canadian market share - include additional layoffs, cheaper dried flower products, reducing the total number of items it sells to help avoid consumer confusion, and an increased interest in the U.S. CBD market. "We intend to make a lot of noise in the U.S.," said Canopy CEO David Klein.

Israel is getting closer to legalizing recreational cannabis. The country's new bill aimed at legalizing possession and consumption of cannabis cleared its first hurdle with formal legislation introduced in parliament, The Times of Israel reports. An initial vote in the Knesset - the first of three needed before it becomes law - is scheduled to take place on Wednesday. If the bill becomes law, selling and purchasing cannabis for personal use will be legal for those above 21 and authorized shops will be allowed to sell the product. Growing cannabis at home will still be illegal and reform for medical cannabis is also outlined in the legislation.

Curaleaf is restructuring its blockbuster deal to acquire Grassroots, the company said Monday. The new deal will remove the US$75-million cash payment Curaleaf would give to Grassroots shareholders from the version announced in July 2019, offering additional stock instead. As well, Grassroots would have to sell certain assets in Illinois, Ohio and Maryland in order to comply with local licensing limitations, the company said. The acquisition is expected to close "within the coming weeks," Curaleaf said. Analysts who cover Curaleaf said they aren't surprise to see the amended deal terms, given how volatile M&A has been in the cannabis space. They add that the update as a positive to the merger closing very soon.

U.S. cannabis sales continue to show strength despite a drop in broader retail activity. That's a sign that the demand observed in March was more than just “pantry loading,” Bloomberg News reports. Pot sales in several states posted significant year-over-year gains, while total U.S. retail sales fell 21.6 per cent in April from the year prior, the news service reports. According to BDS Analytics, Oregon sales rose 40 per cent in April versus 31 per cent in March and 19 per cent in January. Meanwhile, Nevada - where the industry is more dependent on tourism than most other states - was an outlier with a 30-per-cent drop in April sales. 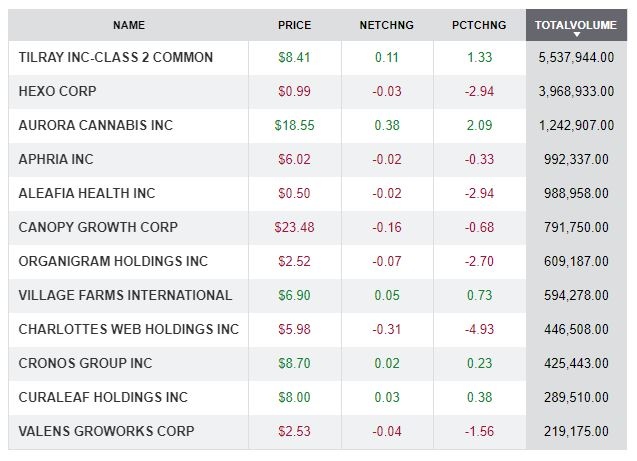