Four empty stainless steel vats lie at the centre of Canopy Growth’s plans for cannabis-infused drinks in the Canadian legal pot market. The containers will soon contain more than 300 litres of cannabis resin which will be used to make one of more than a dozen of Canopy’s upcoming drinks. BNN Bloomberg’s David George-Cosh visited Canopy’s new bottling plant in Smiths Falls, Ont., where employees are doing final tests on the bottling line ahead of the launch of the drinks this December. For Canopy, the stakes are significant. The company needs the launch of these “Cannabis 2.0” products — drinks, edibles, vapes, and topicals — to be a hit and help the pot giant stay on track to be profitable in the next three years.

Despite the recent pot stock bust, cannabis investors still find the sector appealing, according to a new study released on Wednesday. The study, commissioned by California-based omnichannel cannabis platform ManifestSeven, found that 79 per cent of Canadians and 74 per cent of Americans remain upbeat about the cannabis space since March. Also, an even higher number of both Canadians and Americans invested in cannabis believe they’re “completely on track” to achieve their financial goals. ManifestSeven intends to list on the Canadian Securities Exchange in the near term, Bloomberg reports.

Critics are blasting the Quebec government’s move Tuesday to raise the age limit to consume cannabis from 18 to 21, The Canadian Press reports. The news wire reports that Quebec opposition members of the legislature called the new legislation short-sighted, while industry representatives say raising the age will drive younger users to the black market. The Coalition Avenir Quebec government said making cannabis available to those 21 and older is more about protecting youth while sending a message that consuming cannabis is not a frivolous matter. The Quebec Cannabis Industry Association plans to continue lobbying the government on the matter.

Statistics Canada found that older Canadians (those aged 65 and up) are less likely to consume cannabis than younger Canadians. But those older Canadians are more likely to have purchased their cannabis exclusively from a legal source and use it for medical reasons, StatsCan found in its latest quarterly cannabis survey. Meanwhile, the survey found that cannabis usage for Canadians living in Atlantic Canada was found to be above the average for the rest of the country. And at 11 per cent, Quebec cannabis usage remained lower than the national average of roughly 17 per cent of the country, StatsCan said.

5.031 million
-- The amount of people over 15-years-old in Canada that currently use cannabis at least once in the second and third quarters of this year, according to Statistics Canada. That equates to 16.6 per cent of the entire country, StatsCan said. 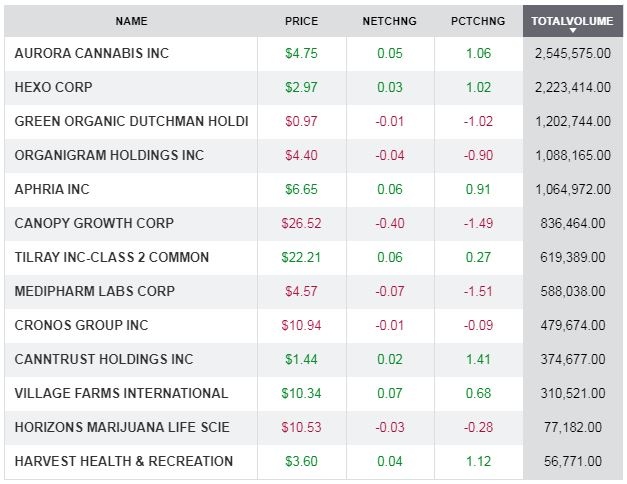