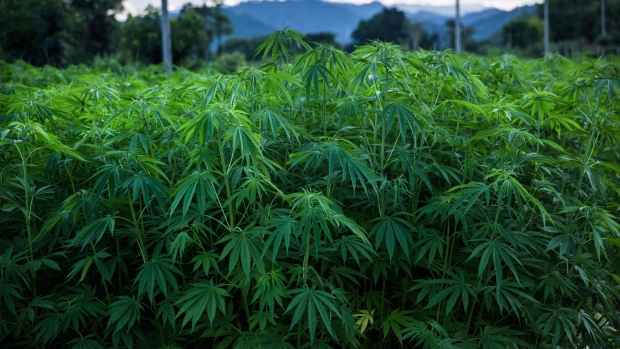 Acreage Holdings said Tuesday it has the support of approximately 91 per cent of eligible shareholders for its upcoming vote to approve its proposed arrangement with Canopy Growth. The U.S. operator said in a release that certain insiders, including each of its five senior executives, also voluntarily will lock up their shares to not sell following the completion of the deal with Canopy Growth and its subsequent acquisition. Canopy said last month that it will buy Acreage for US$3.4 billion in a deal conditional on the U.S. legalizing marijuana at the federal level in the next 90 months. Earlier this month, Marcato Capital Management, which owns about 2.7 per cent of Acreage, planned to vote against the deal, citing the valuation announced at the time is “substantially lower” than what the company would be worth considering future cash flow.

Cresco Labs said Tuesday nearly all of its shareholders have entered into a voluntary agreement to lock up their shares and not sell or dispose them until Dec. 3, 2019. The company said 97 per cent of its shareholders agreed to the agreement, which includes its founders, its entire executive management team and board of directors, as well as several of the largest outside investors in Cresco. Companies typically enter these lock-up agreements to protects themselves from hostile takeover offers. For example, in January, Origin House, which was recently acquired by Cresco, said it 26 per cent of the company's shareholders have entered a "voluntary voting support agreement" after receiving unsolicited offers from several unnamed cannabis companies.

Charlotte’s Web is moving to Canada’s biggest stock exchange. The U.S. hemp giant announced in a bulletin posted on the Canadian Securities Exchange – where the company’s shares currently trade – that it plans to delist the trading of its common shares on May 30 and will continue to trade on the Toronto Stock Exchange. TMX Group, which operates the TSX and the TSX Ventures, does not allow companies that trade on the exchange to conduct cannabis-related business in a jurisdiction where it’s not federally permissible to do so. As the sale of hemp products was recently made federally legal in the U.S., Charlotte’s Web shares will be allowed to trade on the TSX.

The Hill Street Beverage Company, one of the many players looking to secure a foothold in the cannabis-infused drink market, announced plans to buy OneLeaf Cannabis in an all-stock deal valued at $16 million. Once the deal closes, Hill Street will move its upcoming production line to OneLeaf’s 48,200 square foot facility near Regina where it projects an output capacity capable of producing over 300,000 cases of infused wine and beer annually. OneLeaf’s facility is also capable of growing 1,800 kilograms of cannabis annually, and includes 6.5 acres in case the company wishes to expand its cultivation for outdoor growing.

$633 million
-- The amount of revenue that Canopy Growth is estimated to generate in fiscal 2020, according to BMO Capital Markets. That revenue estimate is down from earlier forecasts of $754 million, a decline attributed to the limited roll-out of retail stores. 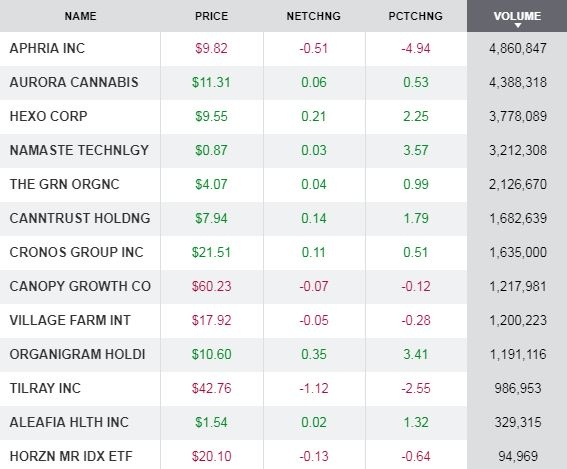