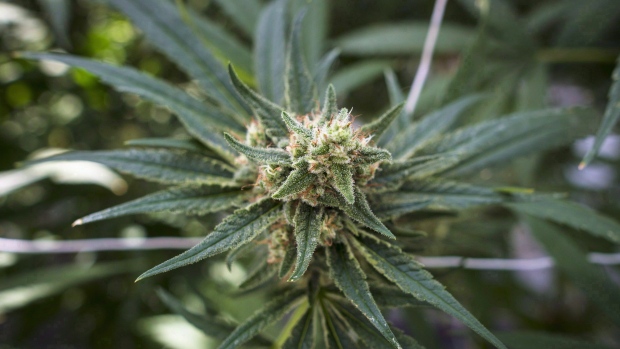 Cannabis company Green Growth Brands announced Tuesday a partnership with Abercrombie & Fitch to sell CBD-infused body-care products in a limited number of stores. The company, which recently walked away from a takeover bid for Canadian pot company Aphria, will sell its Seventh Sense Botanical Therapy body scrubs, bath bombs, cleansing oils, lotions and lip balms sold in 10 Abercrombie & Fitch stores in Massachusetts, California, Colorado and Nevada. The products are made with CBD derived from hemp, which was legalized with the U.S. farm bill in December. Green Growth Brands recently hired a new CFO who previously hailed from Abercrombie & Fitch, while the rest of the executive team has ties to other major U.S. retailers such as Victoria's Secret and American Eagle.

Privateer Holdings, the parent company of Canadian cannabis producer Tilray, is being sued by a consultant who said she never received promised compensation after assisting the firm on a Maryland medical cannabis business application, according to Cannabis Wire. The online news site reports Jumoke Akinnagbe, the president and CEO of consulting company Cannabis for Wellness, is suing Privateer Holdings as well as some of the company’s subsidiaries. She is seeking US$75,000 “plus interests and costs,” for 11 different counts, and two per cent in shares of a company Privateer owns called TilStar, according to a complaint recently filed in Prince George’s County Circuit Court in Maryland. A Privateer executive told Cannabis Wire the company is unfamiliar with the complaint and does not believe it has been properly named as a defendant.

Cronos Group is upping its R&D game after opening the doors of a state-of-the-art facility in Israel where the company will develop next-generation vaporizer products that are designed specifically for the cannabis market. The company said in a release Tuesday that its Cronos Device Labs, a 23-member team, will be its global center of R&D for the vaporizer devices it plans to produce. Cronos Group recently received a $2.4 billion investment worth 45 per cent of the cannabis company by tobacco giant Altria. Altria has also invested US$12.8 billion for a 35 per cent stake in Juul, the e-cigarette maker which has seen rapid growth in the United States.

As the SAFE Banking Act winds its way through U.S. Congress, The Wall Street Journal doesn’t see the passage of the bill enticing Wall Street to warm up to the cannabis industry. While some industry observers believe the SAFE Banking Act — which would give pot companies greater access to financial services — would be extremely helpful for cannabis companies to stop operating on a cash-only basis or paying high fees to local banks and credit unions, the reality is that no major bank publicly supports its passage, the WSJ reports. Large banks won’t work with any U.S. cannabis company that “touches the plant” for fear of running afoul of the law and would likely need reform at the federal level for proper action to take place.

Could you get high from algae? One company is hoping to make that a reality after FSD Pharma signed a research and development agreement with a technology company called Solarvest BioEnergy that is using algae to make pharmaceutical-grade cannabinoids. FSD Pharma, a Toronto-based cannabis company is looking to develop a proof-of-concept CBD research project alongside Solarvest to use the aquatic plants with a committed budget of $1 million. Other cannabis companies, including Organigram and Cronos Group, are exploring ways through their own R&D projects to create cannabinoids such as CBD and THC using non-traditional methods outside of growing cannabis plants that, if successful, could lower the cost of cultivation to pennies on the dollar.

-- The average purchase order made at Planet 13 Holdings’ Las Vegas cannabis dispensary in April, up 1.2 per cent from the prior month. 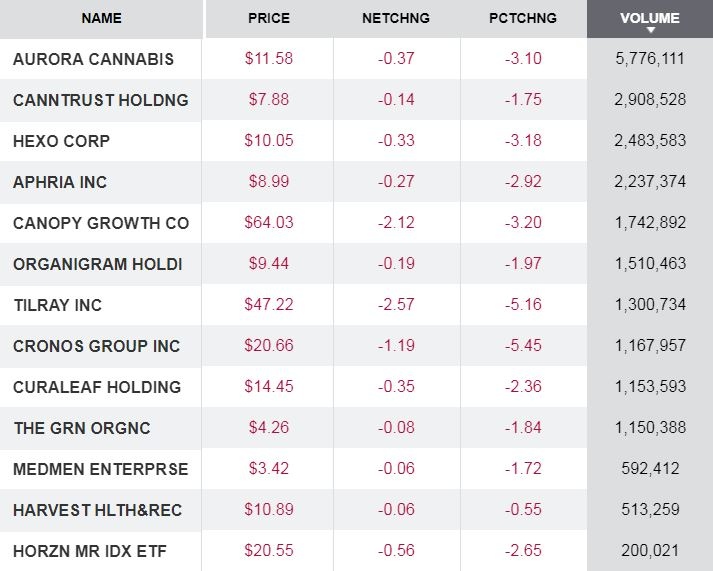