Health Canada is changing the way it issues cannabis industry licences in a move that will likely alleviate a bottleneck that observers attribute to a long-running shortage of legal pot in the country. Effective immediately, the regulator says new applicants seeking to produce, sell or process cannabis must already have a fully built and compliant facility. Previously, applicants were only required to make a paper submission. Health Canada said it is making these changes after reviewing its existing process where more than 70 per cent of applicants whose paperwork was approved over the last three years failed to provide evidence of a having a cannabis facility that meets regulatory requirements.

The Green Organic Dutchman announced Wednesday it’s entering the American beverage market as a co-founding investor and strategic partner in Califormulations. Based out of Georgia, Califormulations will provide beverage support for companies looking to develop hemp-derived CBD beverages. This will include “formulation development, technical services and in-house pilot scale production and manufacturing co-ordination,” the company said in a release. TGOD will also work with Califormulations to launch branded hemp-based CBD beverages. While most of Califormulations strategy is U.S.-based, the company will focus on producing and shipping non-infused beverage concentrates to TGOD-owned and contracted manufacturing facilities around the world, including Canada. Earlier this week, TGOD recently announced it had reached a settlement with the city of Hamilton over its plans to build a 123,000-square-foot facility in Ancaster.

A new hedge fund with a long history in the cannabis sector is raising capital looking to short Canadian pot stocks while taking a long position on U.S. producers. Founded by Curaleaf Holdings chairman Boris Jordan, Measure 8 Venture Partners LP wants to raise US$100 million for the fund and plans to go live in June. Justin Ort, one of Measure 8’s partners, tells Bloomberg that Canada’s licensed producers are overvalued, citing Canada’s strict regulations on marketing as a factor. Measure 8 sees the U.S. market as more suitable for  long investment position because of its size and ability to create consumer brands. Ort, who will act as the fund’s chief investment officer, says the hedge fund will use short-term trading, risk arbitrage and private company investments as its central strategy.

A pair of cannabis companies are suing Nevada alleging the process behind the issuing of recreational dispensary licenses last December improperly used a temporarily employment service to screen hundreds of applicants, including those two particular companies. The Associated Press reports that Planet 13 and The Dispensary allege in court documents filed on Monday that state tax officials used the firm Manpower to screen the 462 applications for the licenses that could be worth millions of dollars, a "gross disparity" that resulted from "documented bias in favor of certain winning applicants." Some of the winning bidders for the licences include Verano Holdings, the corporate owner of Essence dispensaries, and Green Growth Brands. A court hearing is set May 24 in Las Vegas. 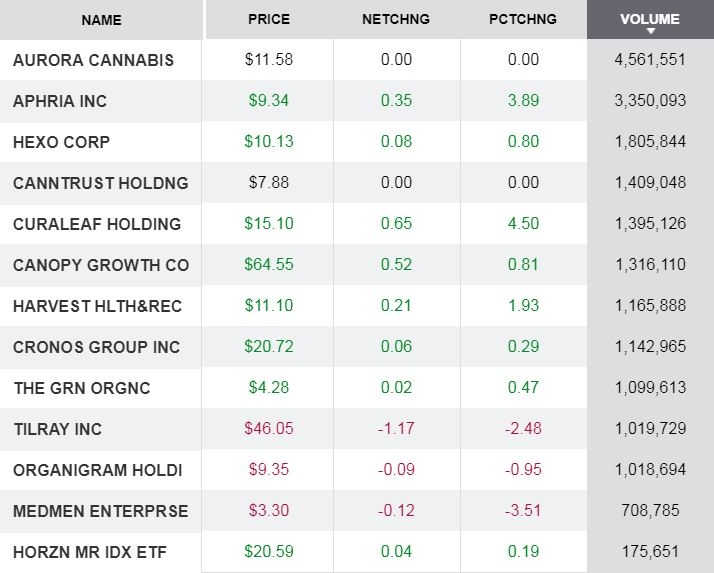