Shares of Canopy Growth fell by as much as 11 per cent in Wednesday trading after its fiscal second-quarter results came in below analyst expectations. Despite reporting a 33 per cent increase in year-over-year revenue growth, the absence of any notable recreational marijuana sales as well as higher-than-expected operating costs weighed on the company’s earnings. Still, the company, which recently closed its $5 billion investment from Constellation Brands, counts a staggering 30 per cent share of the recreational cannabis market in Canada and expects to open 43 retail stores across the country over the next year.

Canada’s cannabis advantage appears to be short-lived. Bloomberg’s Doug Alexander notes how half of the 10 biggest marijuana companies trading in Canada are now U.S.-based. Despite how Canada was one of the first countries in the world to fully legalize the drug, U.S. companies are turning to Canadian stock exchanges to tap into the capital windfall enjoyed by some of the country’s biggest producers.

While some analysts and pot producers expect the current shortage of cannabis to persist for several more months, some industry insiders are warning it might take years for supply to catch up with demand. The Canadian Press reports that shortages may persist throughout 2019 and into 2020 as producers failed to anticipate just how popular legal pot could be across the country.

The drum beats for the U.S. to legalize cannabis grew a bit louder as the National League of Cities, a federal organization aimed at representing over 19,000 cities, towns and villages across America, passed two resolutions related to cannabis at its annual conference over the weekend. Notably, one of the resolutions calls for the removal of cannabis from the list of Schedule 1 drugs. Meanwhile, a bill to let marijuana businesses access banks awaiting a final vote in the U.S. Senate appears to be picking up steam.

FT heads to Amsterdam for a closer look at cannabis

In another sign of the heady interest in the burgeoning cannabis industry, the Financial Times assigned its weekend columnist Simon Kuper to head to Amsterdam for a few days, get stoned and see what all the fuss is about. The “pink paper” published a 3,000-word deep-dive that investigates how cannabis has become such a major public policy issue since the drug was criminalized over 40 years ago. According to Kuper, cannabis may not have needed to be criminalized in the first place. 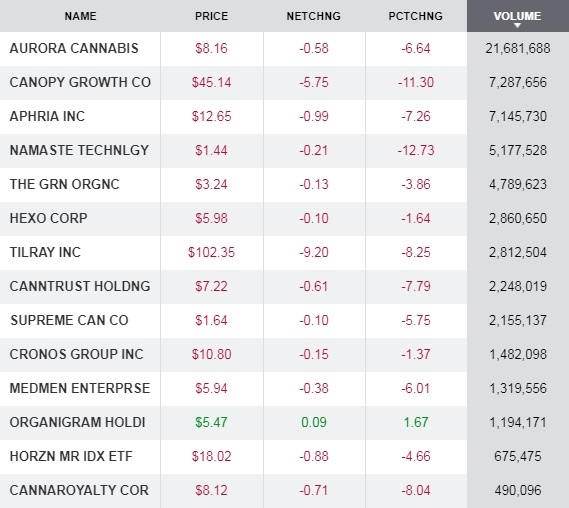