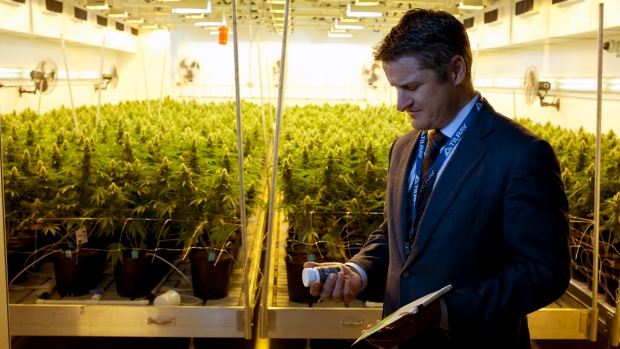 Tilray President Brendan Kennedy is photographed with some of the Tilray product line such as capsules, oils, and dried marijuana at head office in Nanaimo, B.C., on Thursday, November 29, 2017. , THE CANADIAN PRESS/Chad Hipolito

Tilray’s stock slumped Wednesday, after the B.C.-based pot producer reported a wider-than-expected second-quarter loss of US$17.9 million before interest, taxes, depreciation and amortization. The company’s CEO Brendan Kennedy appears optimistic despite Tilray’s losses, telling Bloomberg News that if Tilray wants to dominate globally, “you’d be constraining yourself if you were focused on profitability at this point.” He also called CannTrust Holdings’ ongoing regulatory scandal “an infuriating situation.”

Shoppers in California and Michigan may soon be able to shop at Canopy Growth’s two retail brands, Tweed and Tokyo Smoke. U.S. marijuana company Acreage Holdings said it plans to open the first Tweed dispensaries in some U.S. states this year where it doesn’t currently have a retail presence. Acreage – which agreed to be bought by Canopy earlier this year when the U.S. decides cannabis is federally permissible – said the Canadian producer is allowing it to introduce the brands south of the border, ahead of the closing of the acquisition.

While the pot selloff continues with Tilray being the latest cannabis company to post weaker-than-expected results this quarter, one analyst says investors should use the dip as a buying opportunity. Matt Bottomley, analyst at Cannacord Genuity, told BNN Bloomberg that investors shouldn't be too concerned if results are off the mark this earnings season. "Profitability this quarter or next isn't something other than directionally that investors should get too caught up in, particularly for the Canadian names where a lot of value is potentially going to come from international opportunities," Bottomley said. He added that the number of investors in the sector is only going to increase, as Canada marks the first full year of legalization with new products coming to market.

Kitchener, Ont.-based Waterloo Brewing has secured a research licence from Health Canada that allows it to begin developing cannabis-infused drinks, which are set to become legal along with other pot edibles, concentrates and topicals in October. The craft beer brewer said in a release its positioning itself to become a "major producer" of infused beverages and it’s on track to begin commercial production by 2020. 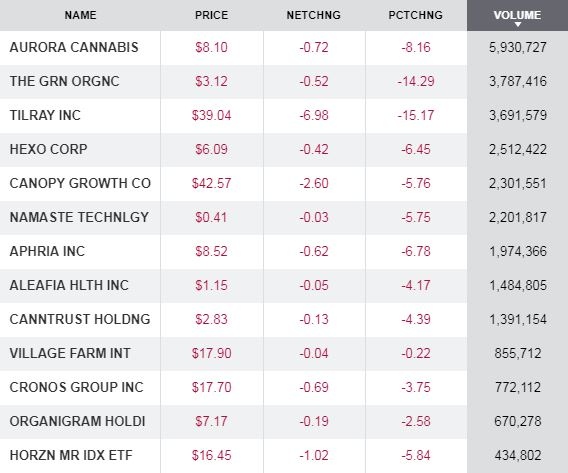