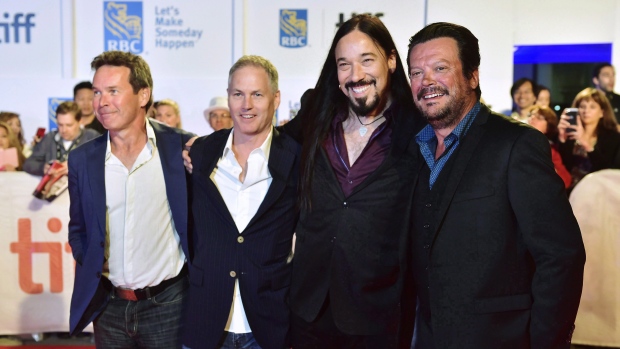 The Tragically Hip, from left, Gord Sinclair, Johnny Fay, Rob Baker and Paul Langlois arrive on the red carpet for the movie "Long Time Running" during the 2017 Toronto International Film Festival in Toronto on Wednesday, September 13, 2017. , The Canadian Press

Newstrike Brands, the pot producer backed by members of The Tragically Hip, announced a deal with Neal Brothers Brands to develop a joint venture aimed at creating edibles for the burgeoning cannabis ingestible market. Both companies will work together to develop, market and sell cannabis edibles for the Canadian market as the products are expected to become legal in the country by October 2019. Newstrike will take a 19.9 per cent stake in Neal Brothers, which has become a favoured name among Canadian foodies for their healthy salsa and chip products.

Origin House reported third-quarter results Wednesday that showed its revenue increased by 89 per cent from the previous quarter, while completing four acquisitions that should help make the Toronto-based company a significant player in Canadian cannabis retail . Origin House recently announced a pending deal to acquire Canadian retailer 180 Smoke, which should instantly provide it with a significant head-start in selling cannabis in Ontario and across the country. Meanwhile, U.S. pot producer iAnthus Captial said its asset base increased 344 per cent year-over-year as a result of acquisitions in Florida and New York, as well as the continued build-out of cultivation facilities and dispensaries in those states.

Is North Carolina next to legalize cannabis?

On the heels of New Jersey planning to legalize cannabis in the coming weeks, North Carolina lawmakers are planning to discuss marijuana legalization as well. According to MyFox8, North Carolina State Representative Kelly Alexander will meet with other lawmakers in the state to push for cannabis reform. One approach that could work for the U.S. state is to mirror its county-by-county approach to alcohol sales, where one region would legalize cannabis and others wouldn’t. Meanwhile, Michigan plans to legalize pot next week. The state has one year to develop rules for a commercial marijuana industry in the state, and has to accept the first business license applications in December 2019.

7 per cent
–  The percentage of people in Halifax who said they bought legal pot since Oct. 17, according to a survey by Corporate Research Associates 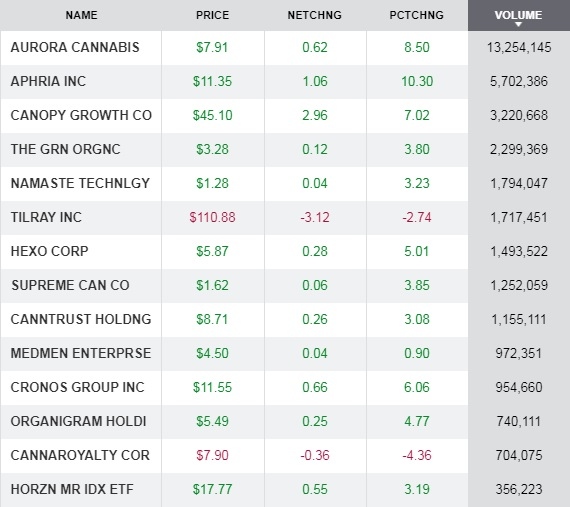