Is Drake too late to the cannabis venture game?

Drake, the homegrown Canadian hip-hop phenom also known as The 6ix God, is adding another venture to his global business empire: cannabis. The Toronto-based artist is partnering with Canopy Growth to launch his new venture dubbed More Life Growth Co. The new cannabis company will see Canopy expand its celebrity partnership portfolio to include the 33-year-old musician famous for such hits as “God’s Plan” and “Hotline Bling” in the hope his presence can help bolster flagging cannabis sales in Canada. Under the terms of the arrangement announced Thursday, Drake will own 60 per cent of More Life Growth, with Canopy owning the remaining stake and having the right to nominate two members to the company’s board. More Life will assume ownership of a licensed Scarborough, Ont.-based cannabis production facility which Canopy will continue to operate and maintain.

Former Canopy Growth Corp. co-chief executive officer Bruce Linton is joining U.S. multi-state operator Vireo Health International Inc. as its new executive chairman, an appointment he hopes will sharpen the company's science-rooted approach to cannabis and strong focus on intellectual property. Linton, who also serves advisory roles at other U.S. and Canadian cannabis companies said one of Vireo's main advantages is its focus on patents and research partnerships with U.S. academic institutes on medical marijuana. Vireo is likely hoping Linton's appointment will likely give the U.S. company a much-needed shot in the arm after a string of negative headlines. The company's shares are down 79 per cent from a high of $6.55 in April, shortly after its initial public offering a month prior.

Hexo Corp. Chief Executive Officer Sebastien St-Louis said his work isn’t done “by any stretch” after the company recently laid off about 200 people and reported a fourth-quarter loss that was three times larger than analysts expected. When asked by BNN Bloomberg’s Andrew Bell whether he would consider stepping down from his position given how other founding cannabis CEOs departed their roles amid softer-than-expected sales or regulatory concerns, St-Louis was adamant he will remain in place to steer Hexo toward its goal of becoming a global marijuana leader.

More than 60 per cent of Ontarians are open or “somewhat open” to private sector involvement in the province’s retail cannabis landscape, according to a new survey. The research, released by the Ontario Cannabis Policy Council on Thursday found that around six in 10 Ontarians polled were at least somewhat open to private companies being allowed to buy pot directly from retailers, distribute between retailers and producers and sell cannabis online. “This survey further reinforces that we need to create an environment that allows large organizations, as well as small and medium-sized enterprises and entrepreneurs to compete effectively,” Daniel Safayeni, Co-Chair of the OCPC said in a release.

$114,386,751
-- The amount in sales reported private-sector Canada in October, up 14 per cent from September, according to Cova Software, which provides point-of-sale services for North American cannabis retailers. The company projects sales from 494 private Canadian stores, an increase from 421 stores operating in September. 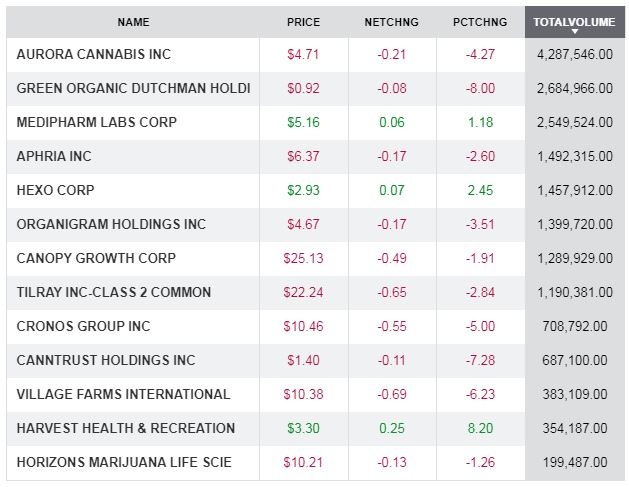