Being a cannabis CEO is emerging as a precarious position as at least five pot companies have made management changes over the last month. Bloomberg News reports that more executive departures are likely as turmoil in the cannabis industry continues. However, the management shakeups come as a new report by published by two pot data firms found consumer spending for legal cannabis rose 46 per cent in 2019 to US$14.9 billion. Legal spending is expected to triple by 2024, according to the report, penned by Arcview Market Research and BDS Analytics.

Curaleaf, one of the largest cannabis companies in the U.S. by footprint, announced Monday that it completed its $1.27 billion acquisition of vape-maker Select. The deal, first announced in May, comes as Curaleaf looks to turn Select into the first national U.S. cannabis brand, Bloomberg News reports. Curaleaf is looking to take Select into the 22 U.S. states in which it operates, according to the company’s chairman Boris Jordan. The company also made several management changes, including naming a new CFO and COO.

Innovative Industrial Properties, a U.S.-based real estate firm that specializes in cannabis operations, struck a deal with Green Thumb Industries for a long-term lease back agreement, both companies said on Monday in a statement. IIP will pay US$2.9 million for Green Thumb’s Toledo, Oh. processing facility and lease it back to the U.S. cannabis producer. Terms of the lease were not provided. Cannabis companies are increasingly turning to lease-back agreements to find new ways of accessing capital amid an industry slump. 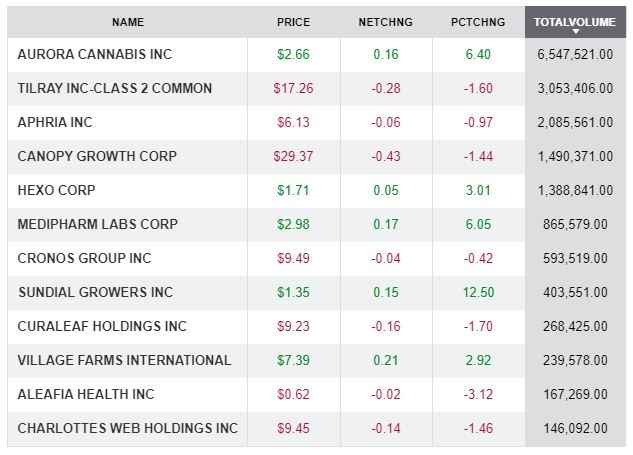